With 198 galleries from 31 countries, the Armory Show draws more than 60,000 attendees each year. The show, which is no longer at the Armory on the Upper East Side but at the dramatically different West Side Piers 92/94, fills 208,000 square feet with extraordinary 20th- and 21st-century art. There are two days left of the Armory Show-- the art (and the "scene") are well worth the visit.

Here are the most exciting pieces this year. 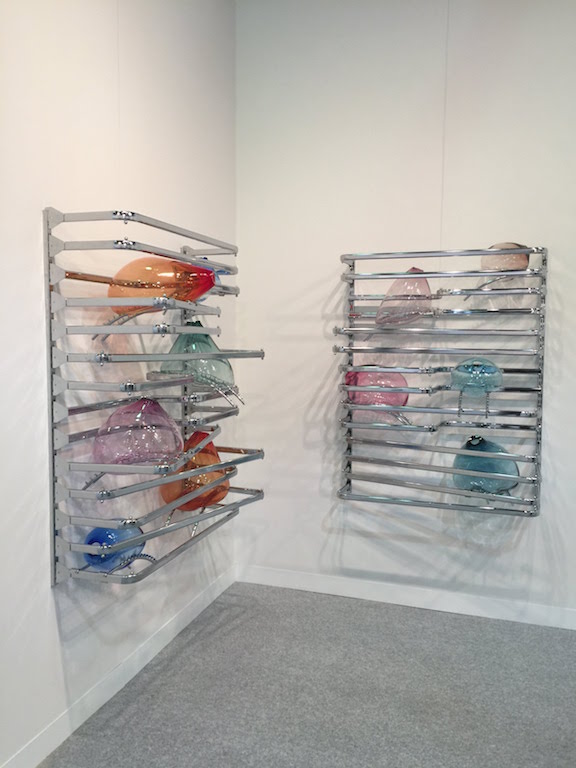 Montreal Parisian Laundry Gallery opens the show (it is literally the first stall you encounter) with a stunning exhibit from Gabriele Beveridge. “By isolating, juxtaposing, layering and ultimately recontextualizing objects including found images, shop fittings, semi-precious stones and hand blown glass, the artist is able to rupture and rearrange the conventional staging of attraction and desire. These visual strategies work less to dismantle conventions of the beautiful than to exaggerate them to a point where they are made alien, initiating a fluctuation between the attractive and the unfamiliar." 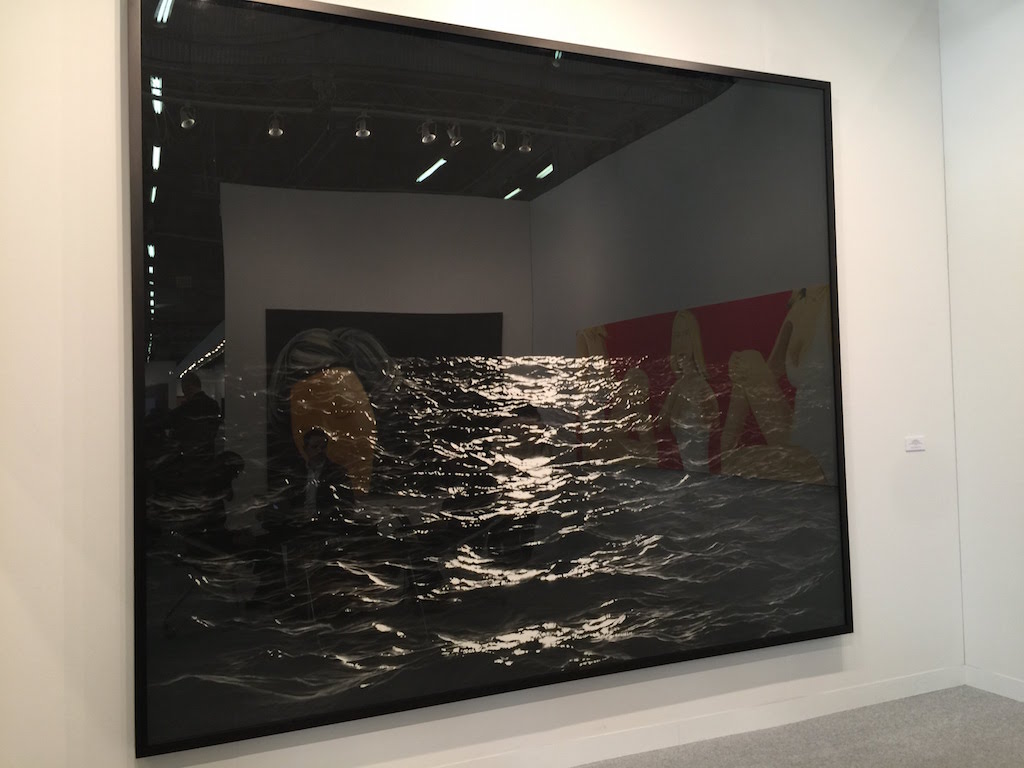 This enormously powerful charcoal drawing (enormous both in power and size: 101 x 120 inches) by Robert Longo is in Galerie Thaddeus Ropac’s booth. The Brooklyn artist’s use of charcoal expresses great depth and realism on such a massive scale. 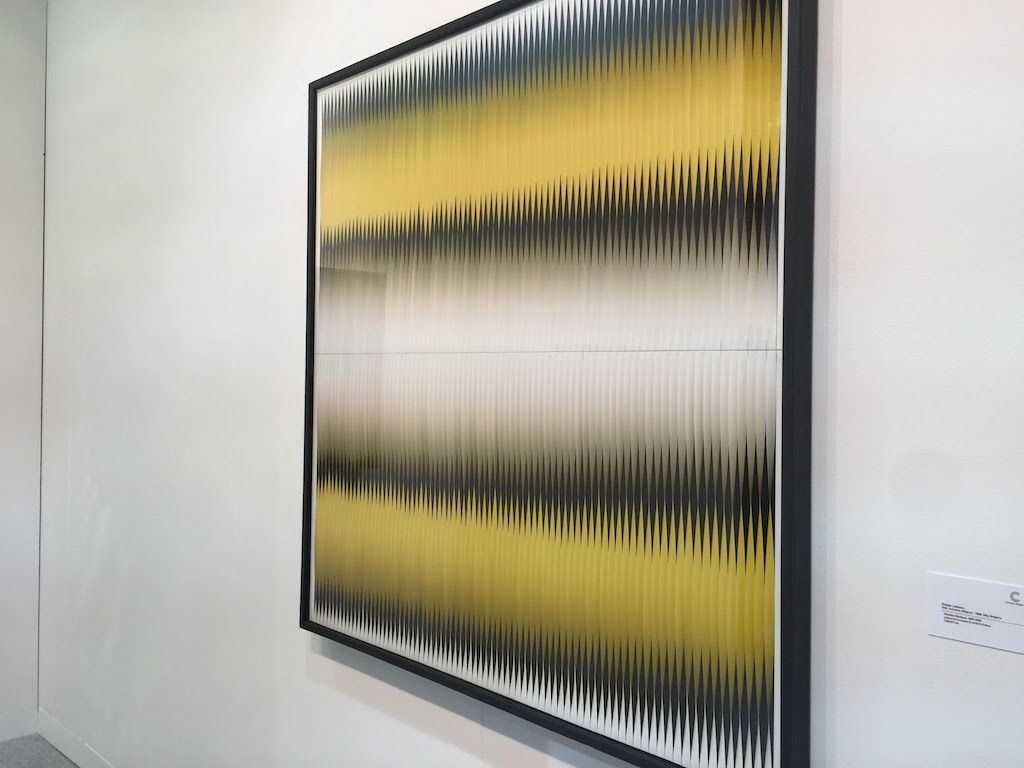 Swiss gallery Cortesi highlights Belgian artist Wayne LeBlanc’s Mobilio-Statique which is anything but static. Made with polyvinyl shards, the black and yellow dynamic art move with the viewer’s movements. 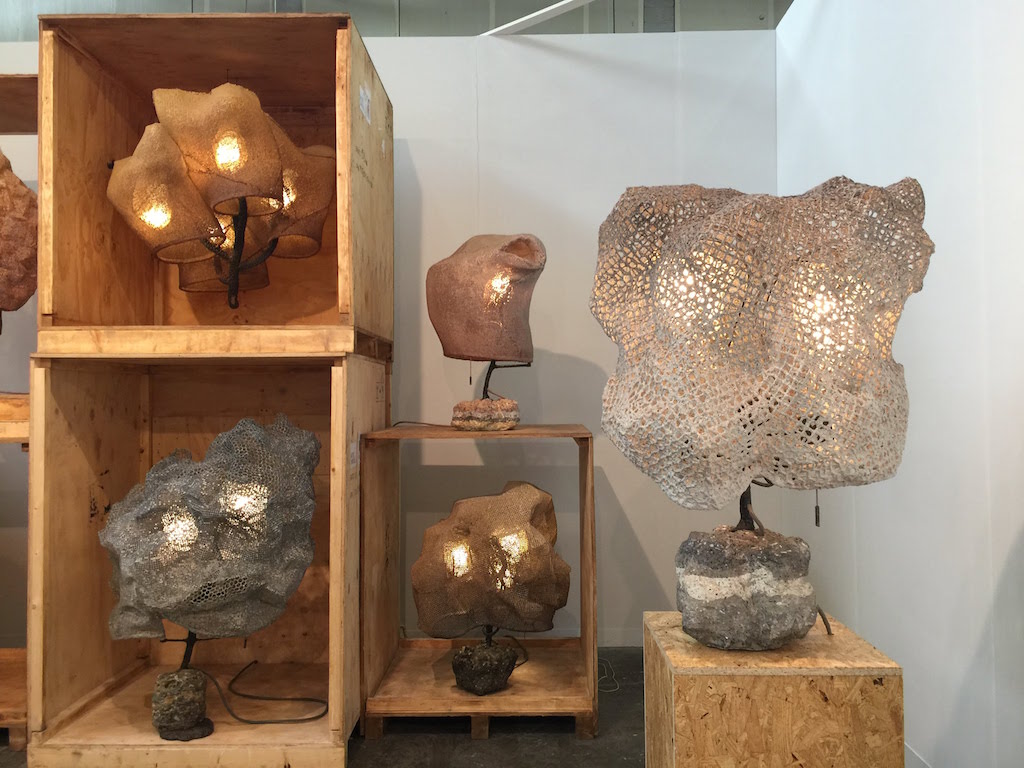 A huge crowd gathers around Spanish artist Nacho Carbonell’s lit sculptures, highlighted in Carpenters Workshop Gallery’s first-ever Armory show booth. Carbonell’s sculptures, made of metal mesh, stone and concrete look like coral on the ocean floor. About his creations, Carbonell says, “I like to see objects as living organisms, imagining them coming alive and being able to surprise you with their behaviour.” 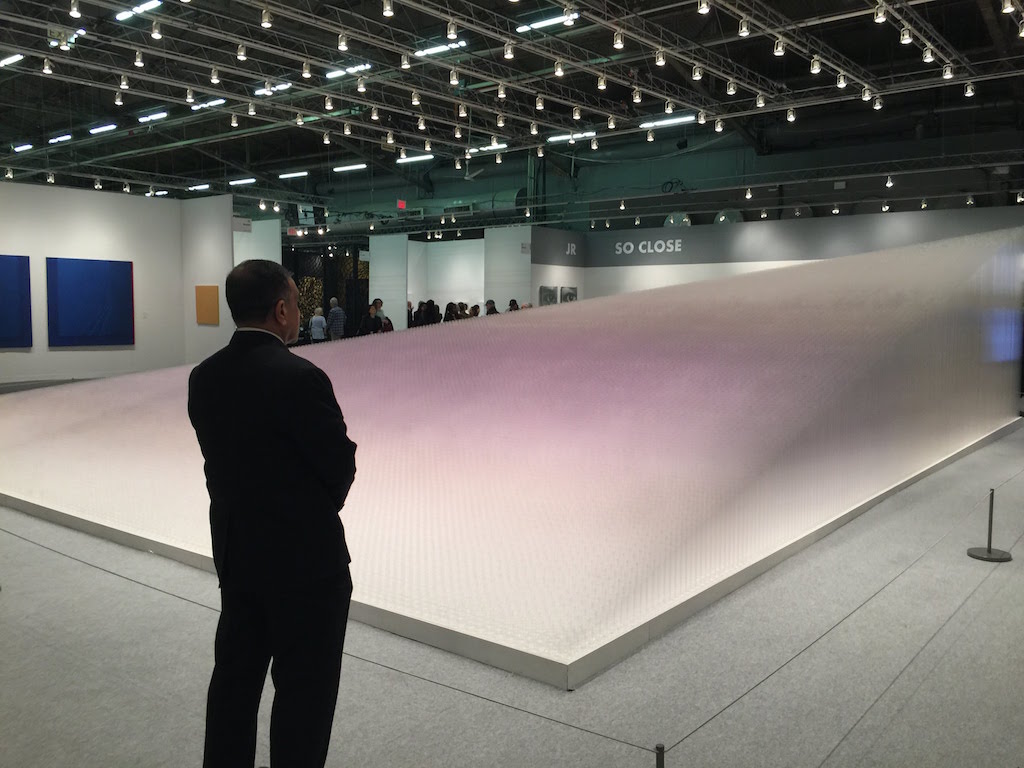 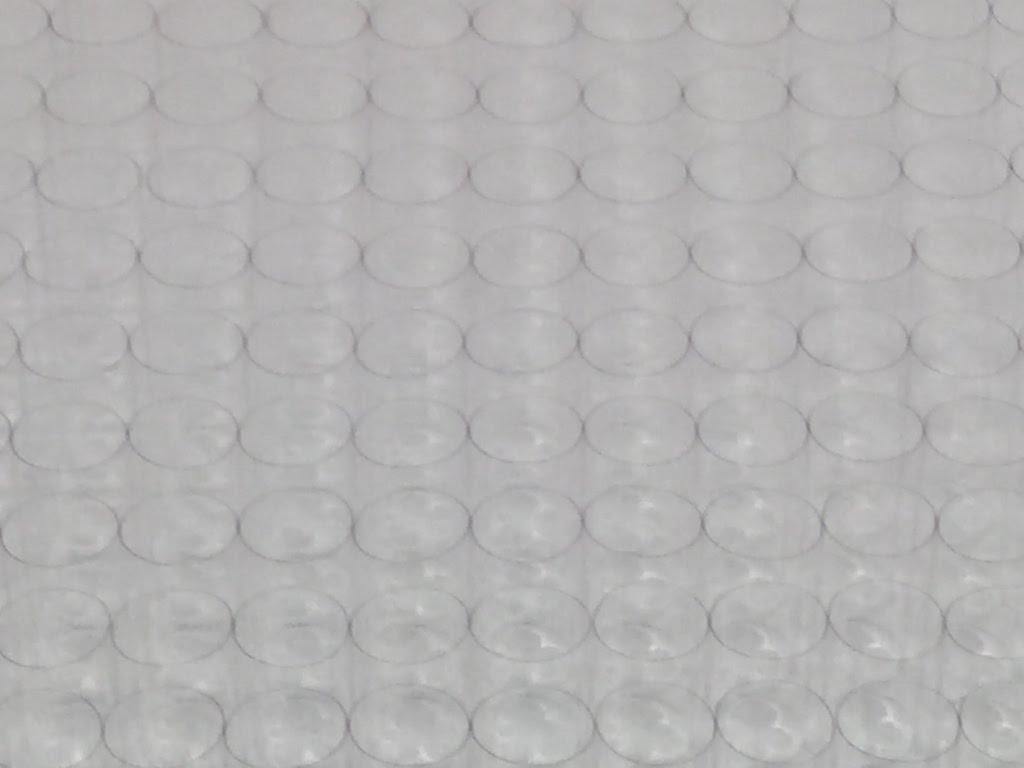 The Pace Gallery's display of Tara Donovan’s massive installation is made from clear plastic tubes of varying heights that fill a space the size of an airplane hanger. Shaped into a wedge, Donovan uses a single material to play on light and edge that seem to expand to infinity. 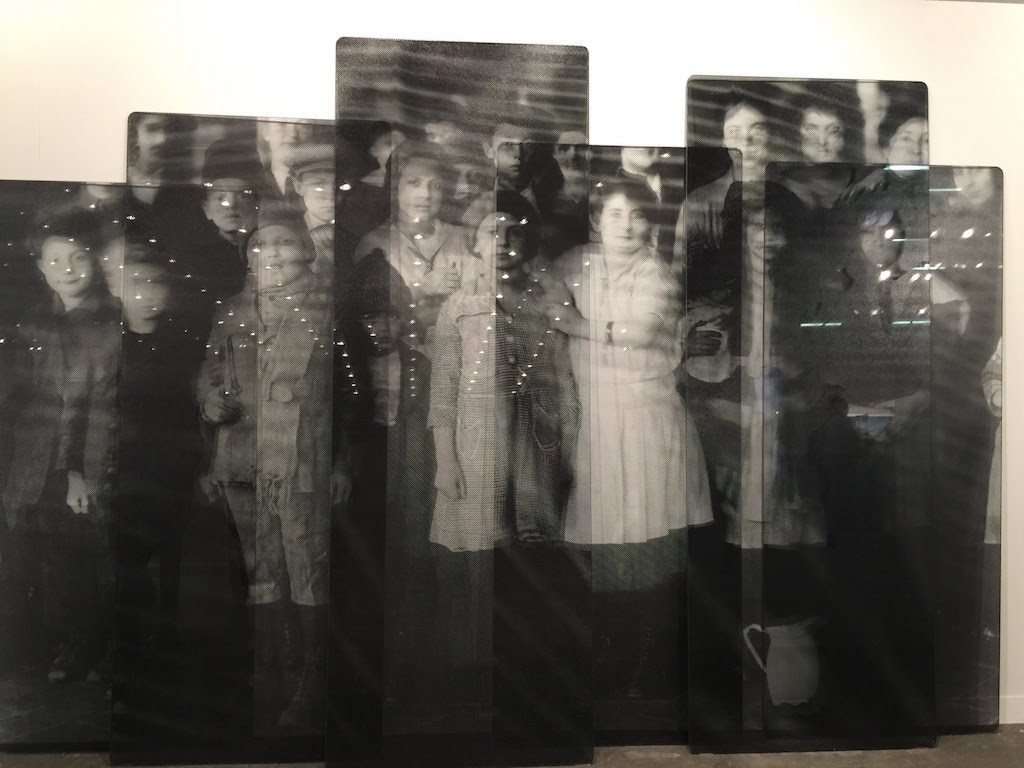 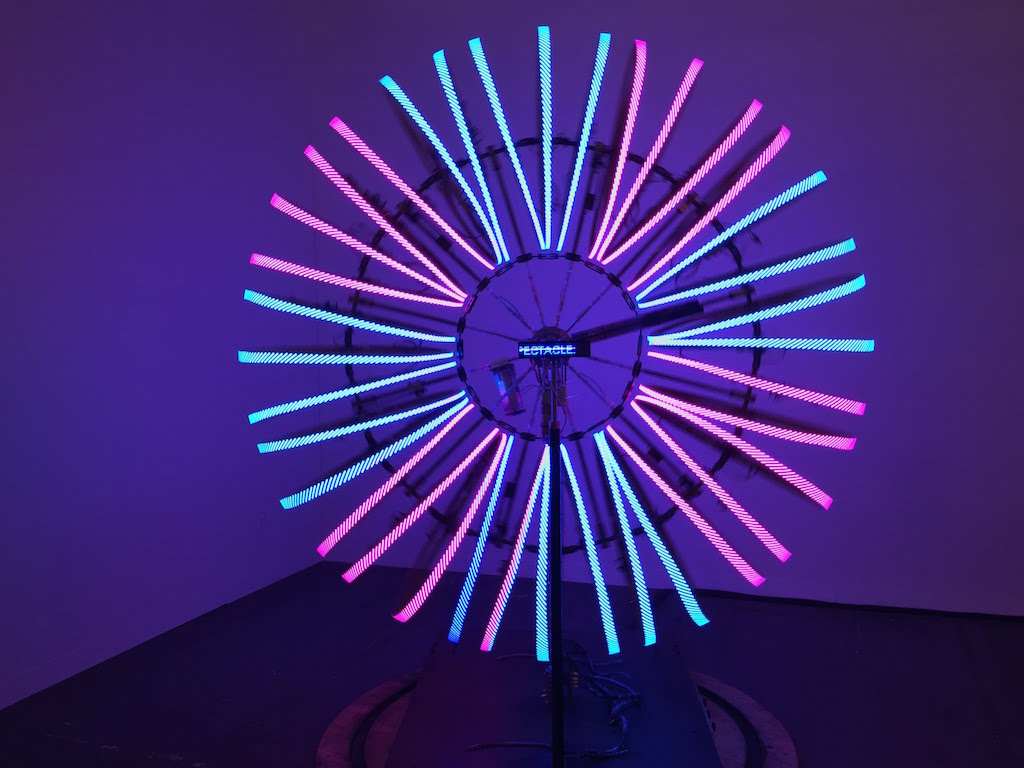 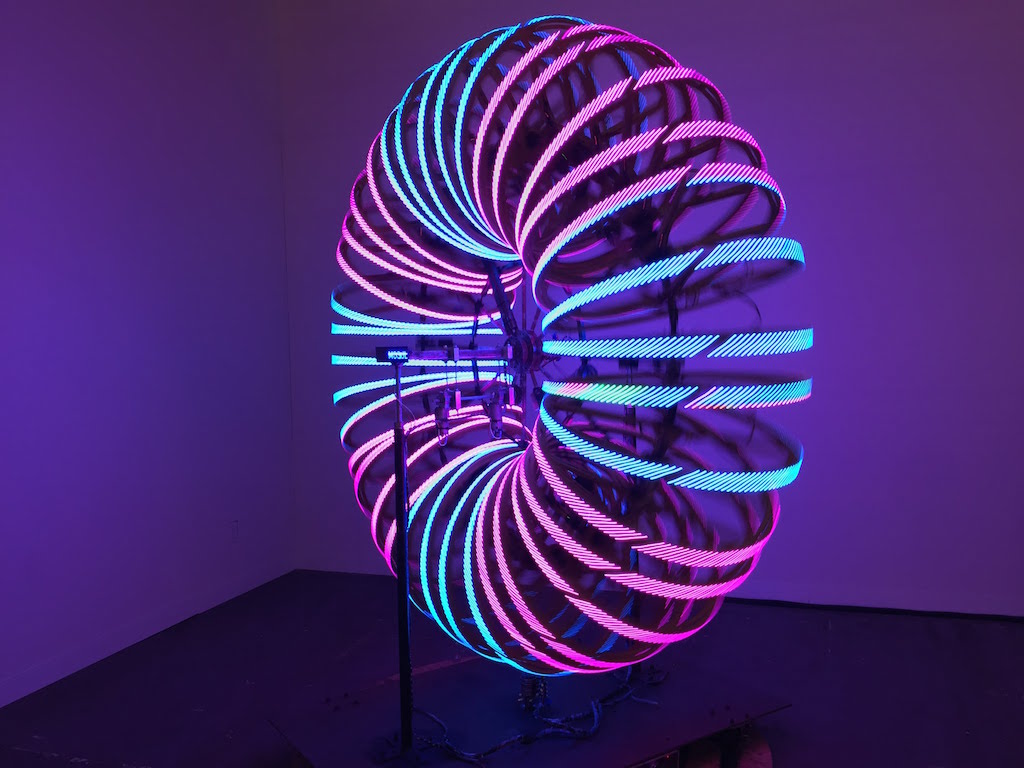 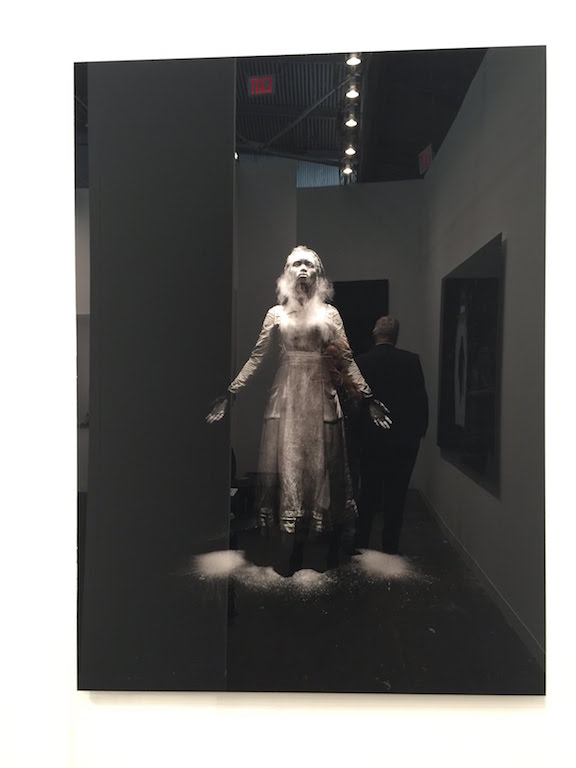 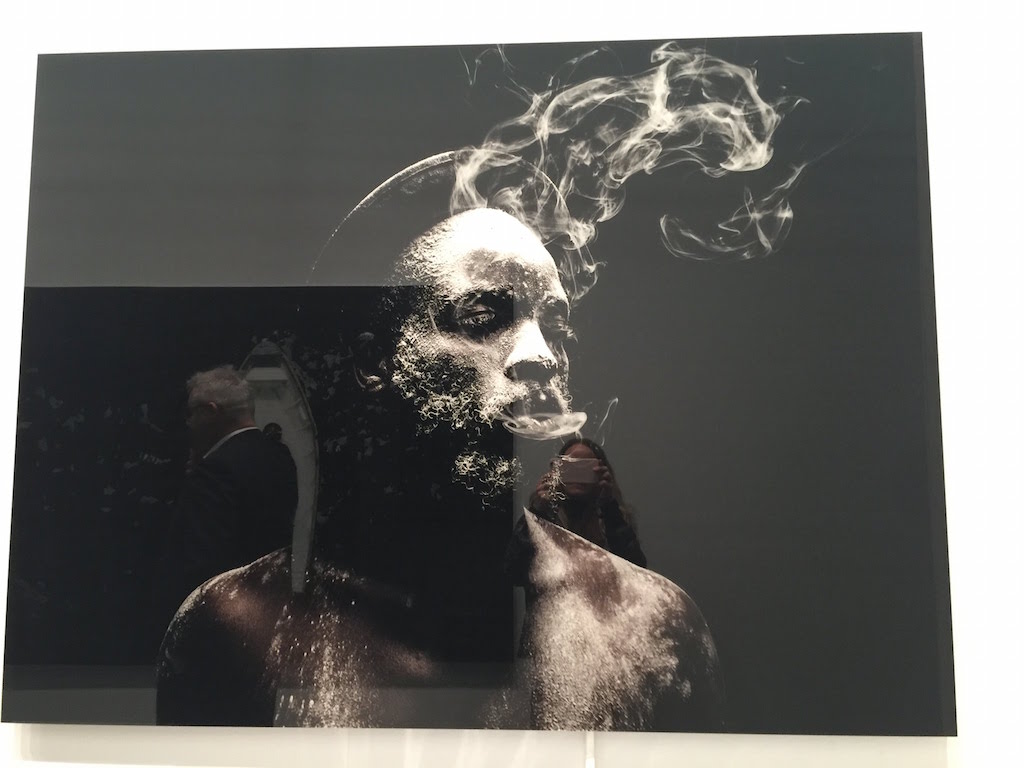 Galerie Ron Mandos’ display of Mohau Modisakeng’s photography series Zion draws viewers in. The artist’s use of material, metaphor and the black body symbolize South Africa’s violent history and how we understand our cultural, political, and social roles as human beings in post-colonial Africa. 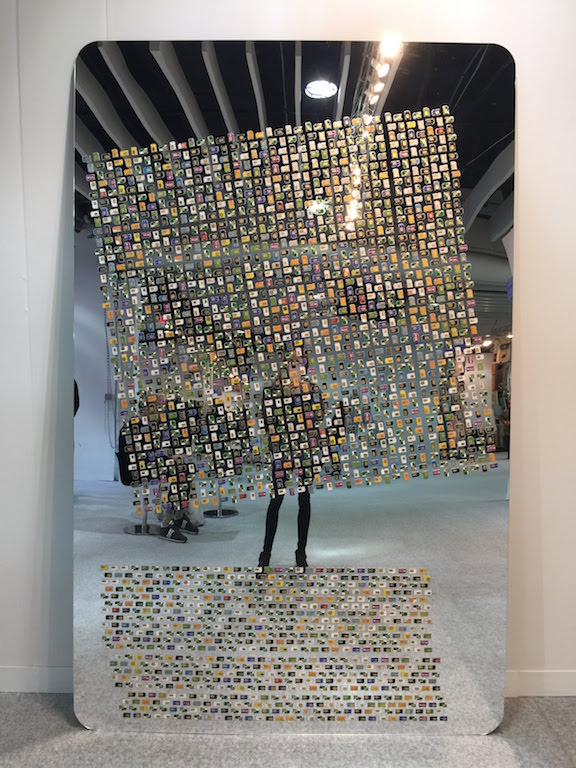 Amsterdam gallery Upstream, showcased Dutch artist’s Constant Dullaart’s. Dullaart’s PVA Composition is made with hundreds of “fake” phone sim cards pasted on a mirror and on photos of the Battle of Saratoga. The art symbolizes a “fake army to stand up in the war against the current American social media revolution and the false validation system in journalism based on follower counts.” 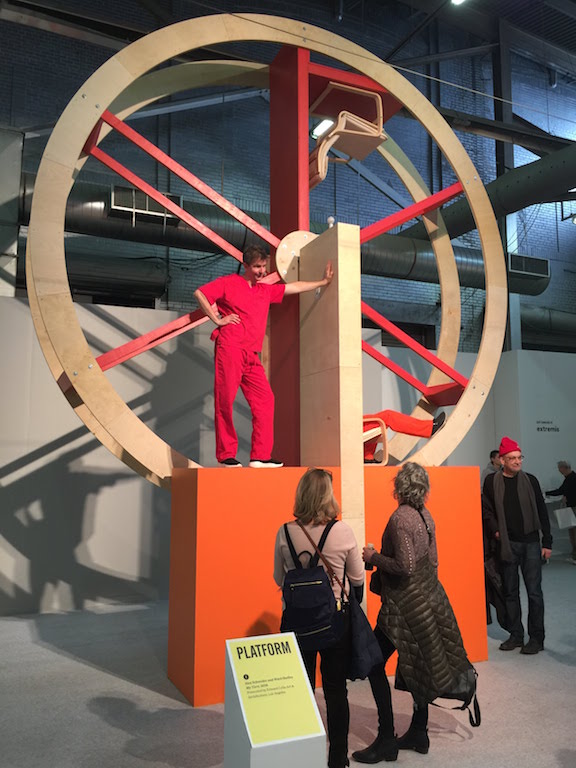 The crowd pleasing My Turn, a work by Edward Cella Art and Architecture’s Alex Schweder and Ward Shelley, showcase the men taking turns sitting in the tiny ferris wheel. Tired show-goers taking a break on the nearby couches are amused by the show. 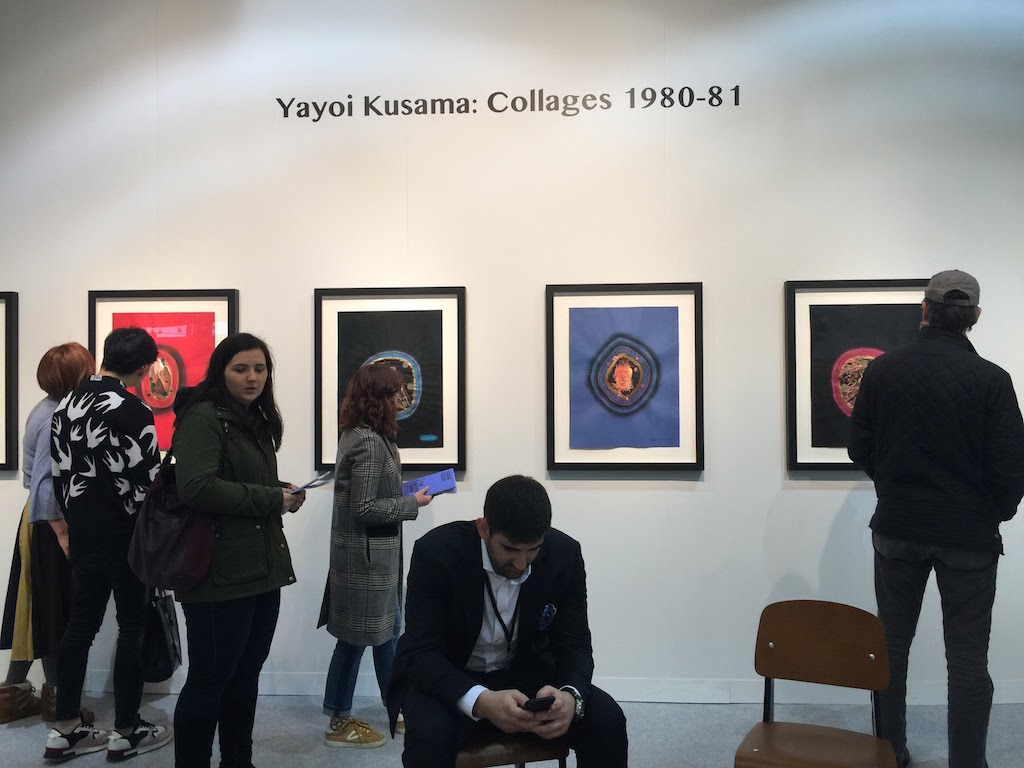 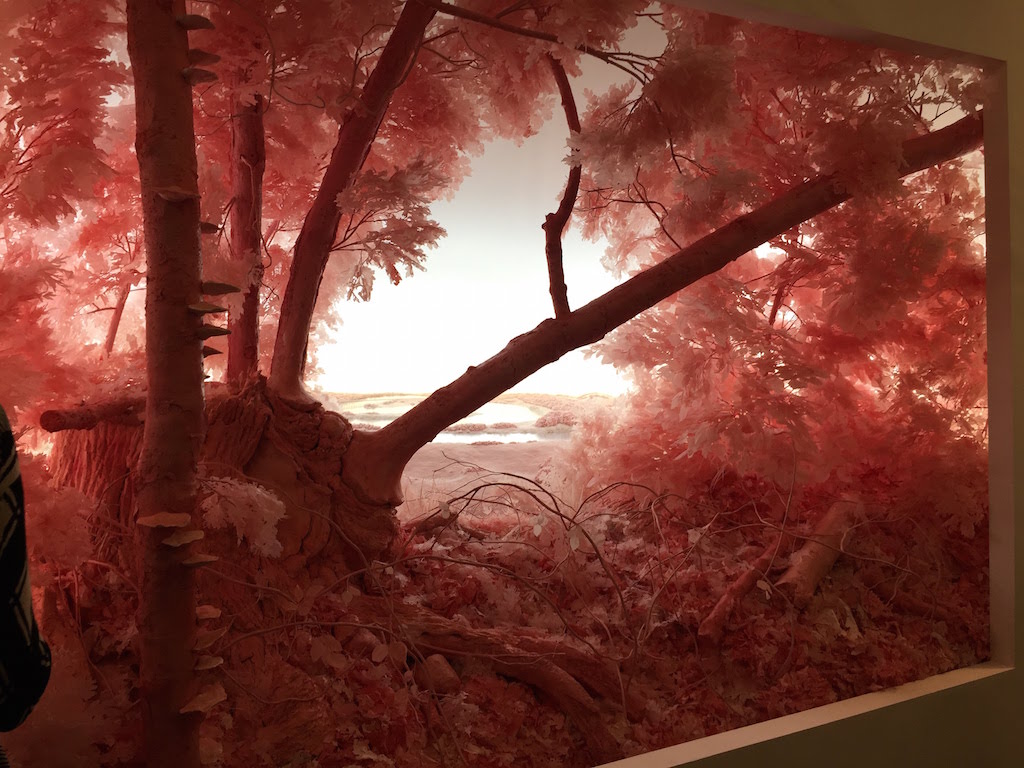