Industrial designer Shin Kuo offers his solution to class conflict—not with regards to education or income, but to who has the best view.

Dubbed "Turn to the Future," the ambitious spinning skyscraper concept features a building with units that rotate at predetermined times, giving everybody a 360-degree view of the city. The structure would showcase apartments sliding on a spiral rail around a central pillar. Each home's gas and electric lines would automatically detach before moving and reattach in new ports at its destination to avoid fire issues, and each front door would lock before repositioning. Once the apartment reaches the bottom of the spiral, it would be whipped back up to the very top of the building by a crane. 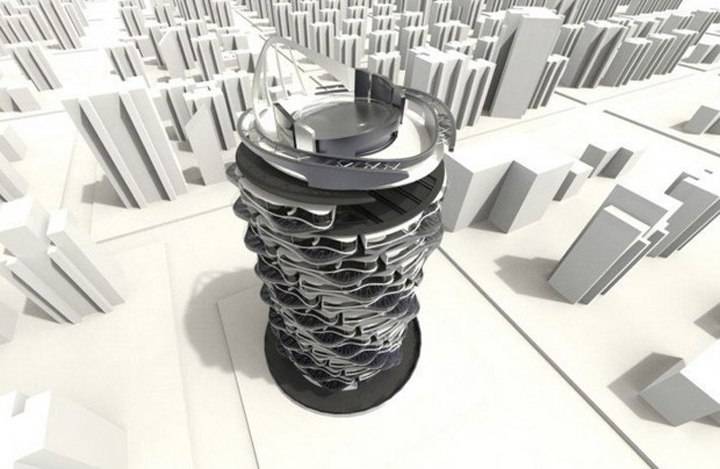 “Urbanization has become a big trend in the world,” Kuo tells The Atlantic’s City Lab. “Because of that, buildings will become higher and higher, and more and more people who live in the lower floors of buildings will get their views blocked. Based on the results from both the Asian and the American market research, there is a [difference] in sales or rental prices between the lower floor units and higher floor units in the same building. In the future, all the top floors of buildings will be owned by people with very high incomes and the middle to lower income people will only have a limited view from their living spaces.” 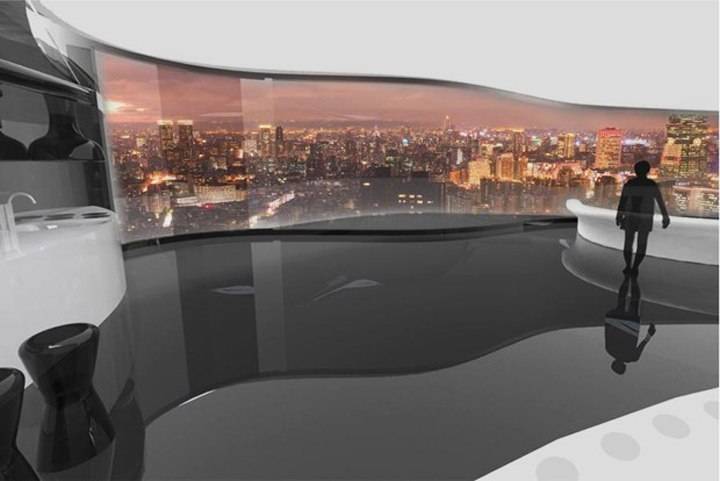 Eco-conscious folks will be pleased to know that the design incorporates solar panels and a regenerative braking system—not to mention amusement rides.