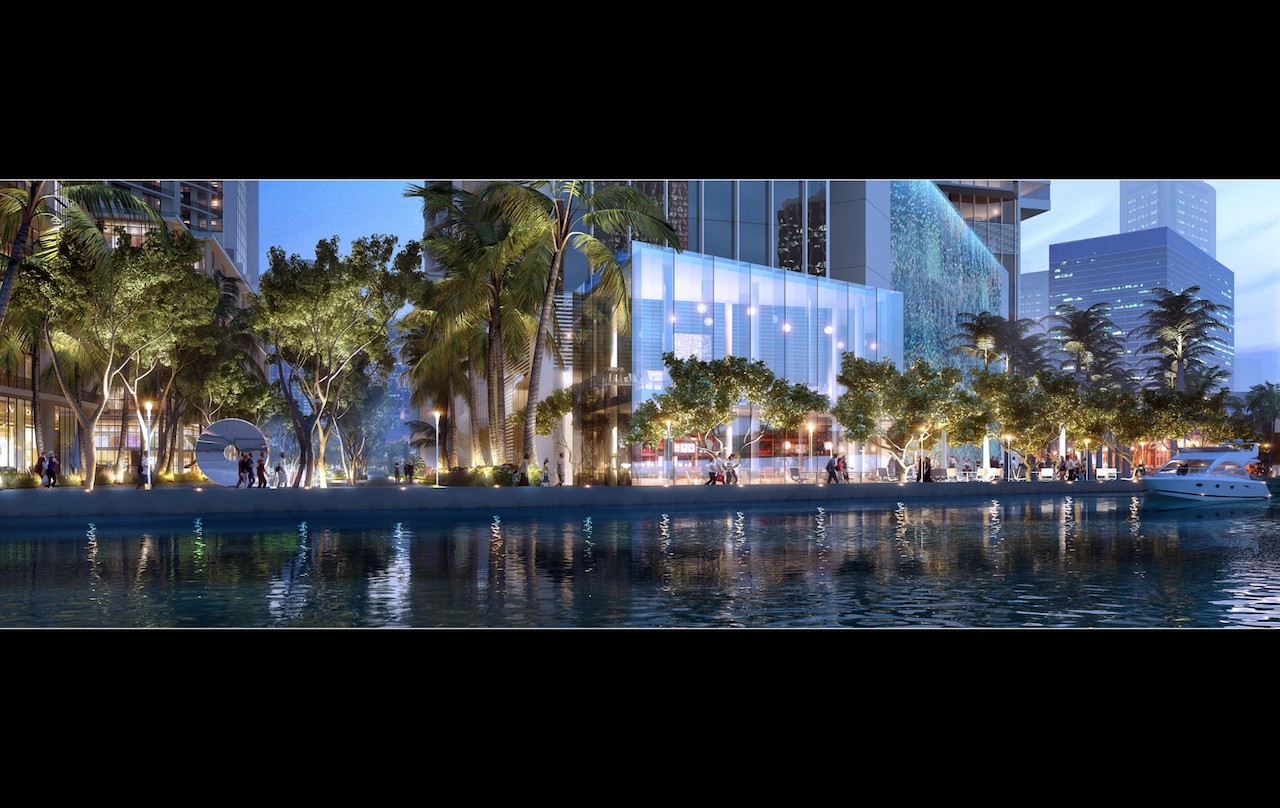 Today, On The Miami River

For years, the Miami River area did not generate much interest: it was a working river, actually the shortest working river (5.5 miles long) in the United States. And because of barges and river traffic, it was also polluted. 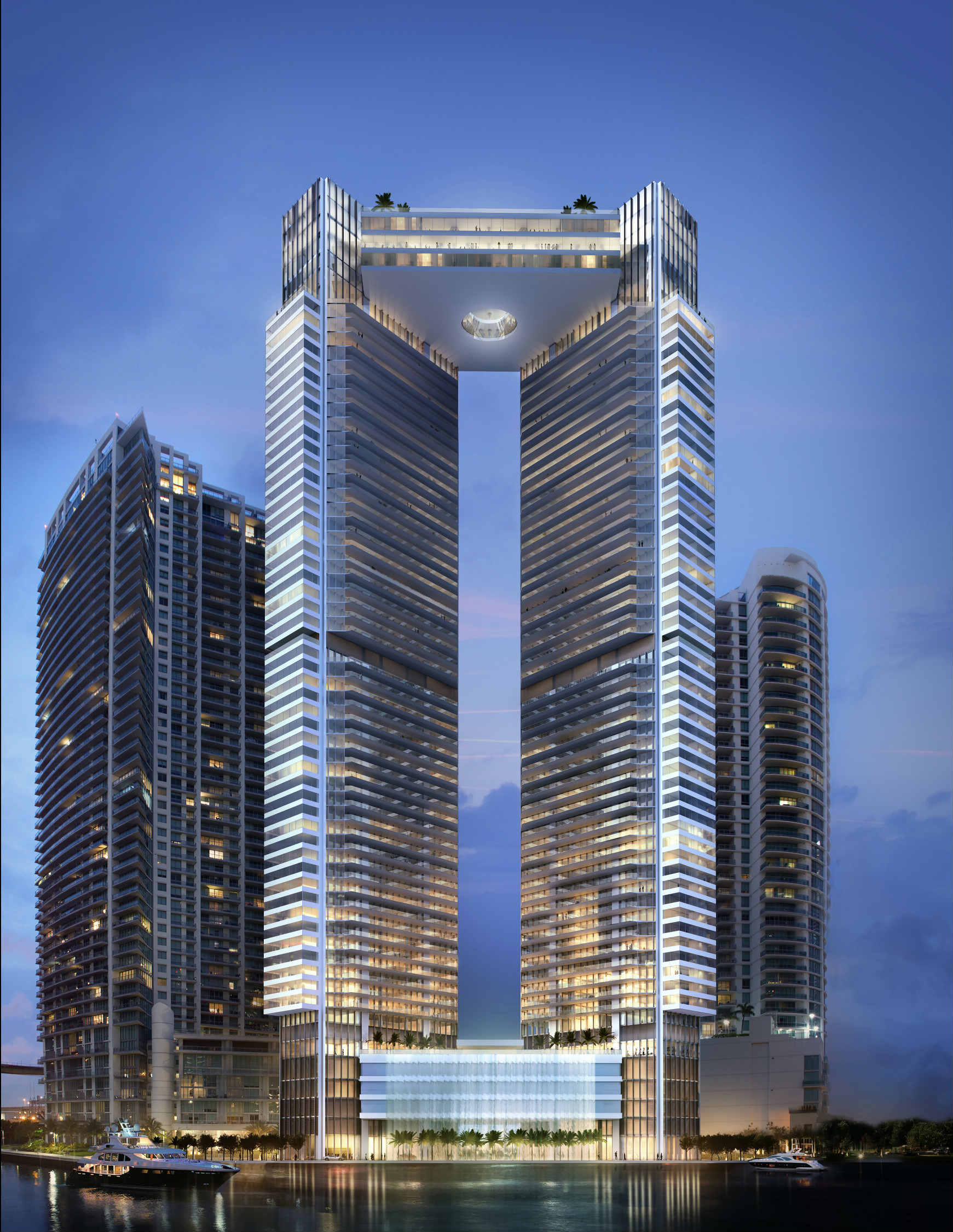 But now, the river and surrounding areas have been refurbished, cleaned, and new projects are being built along its shores. One of the visionaries responsible for this river renaissance is Shahab Karmely, developer of the substantial One River Point, the condominium tower that rises 780 feet above Miami and the Miami River. 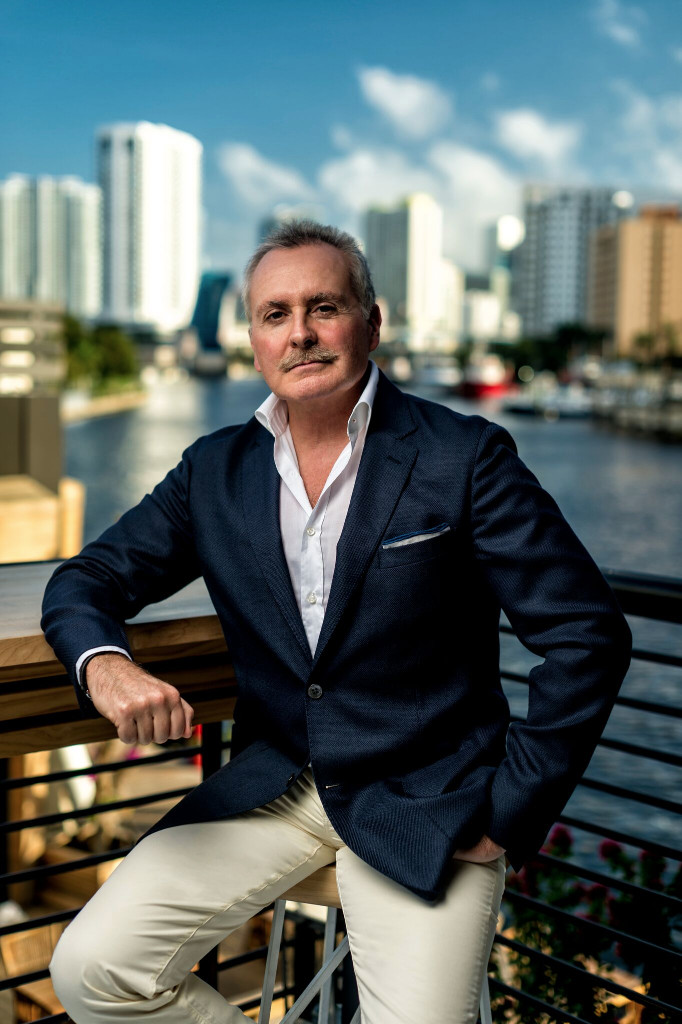 One River Point consists of two glass towers, connected at the summit by a three-story glass sky bridge that opens to the elegant, members-only sky club. There is nothing like it. 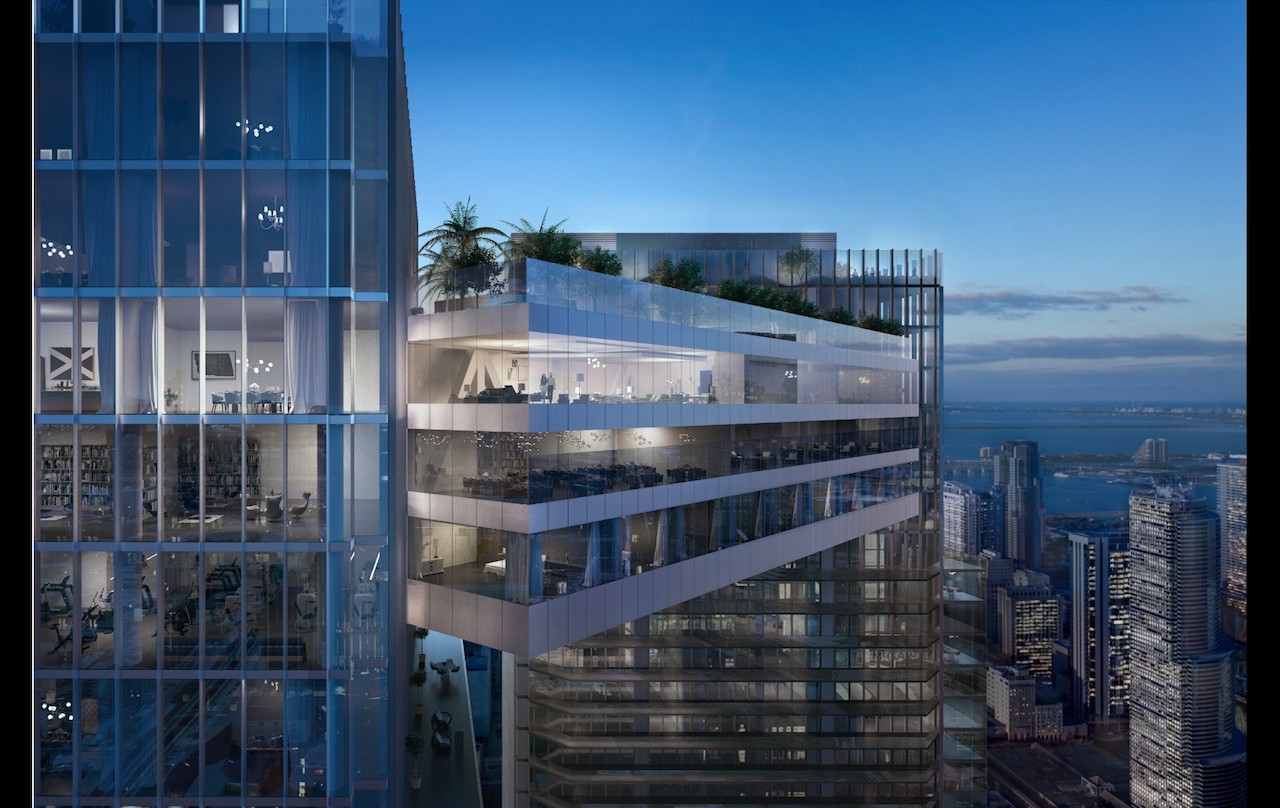 Much has been written about One River Point, as two icons in the architecture and design industry have been associated with its mission, vision, and execution: Rafael Vinoly,the One River Point architect and Adrian Zecha, the hospitality and lifestyle designer of the Sky Club. 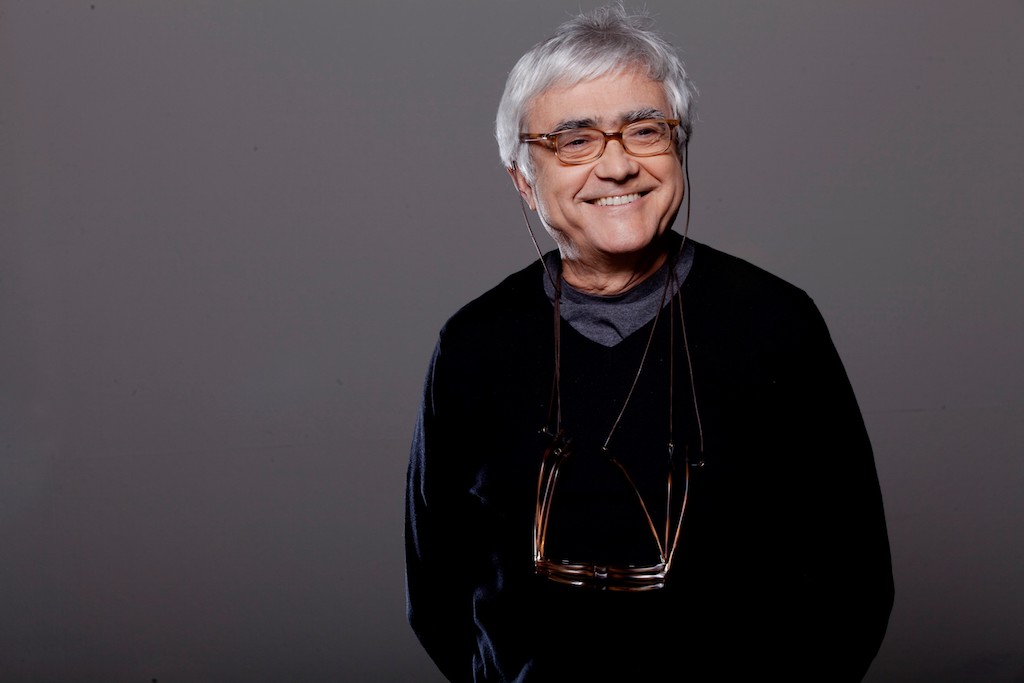 The Sky Club itself is a unique differentiator in this significant urban resort. It spans 35,000 square feet, and is conceptualized to be similar to other elite UHNW gathering spots, such as Beijing’s Jockey Club, Hong Kong’s China Club, London’s Soho House, Aspen’s Caribou, and New York’s Core Club. The Sky Club will have three levels of amenities, including a 10,000-square-foot Skybridge Club garden and terrace. 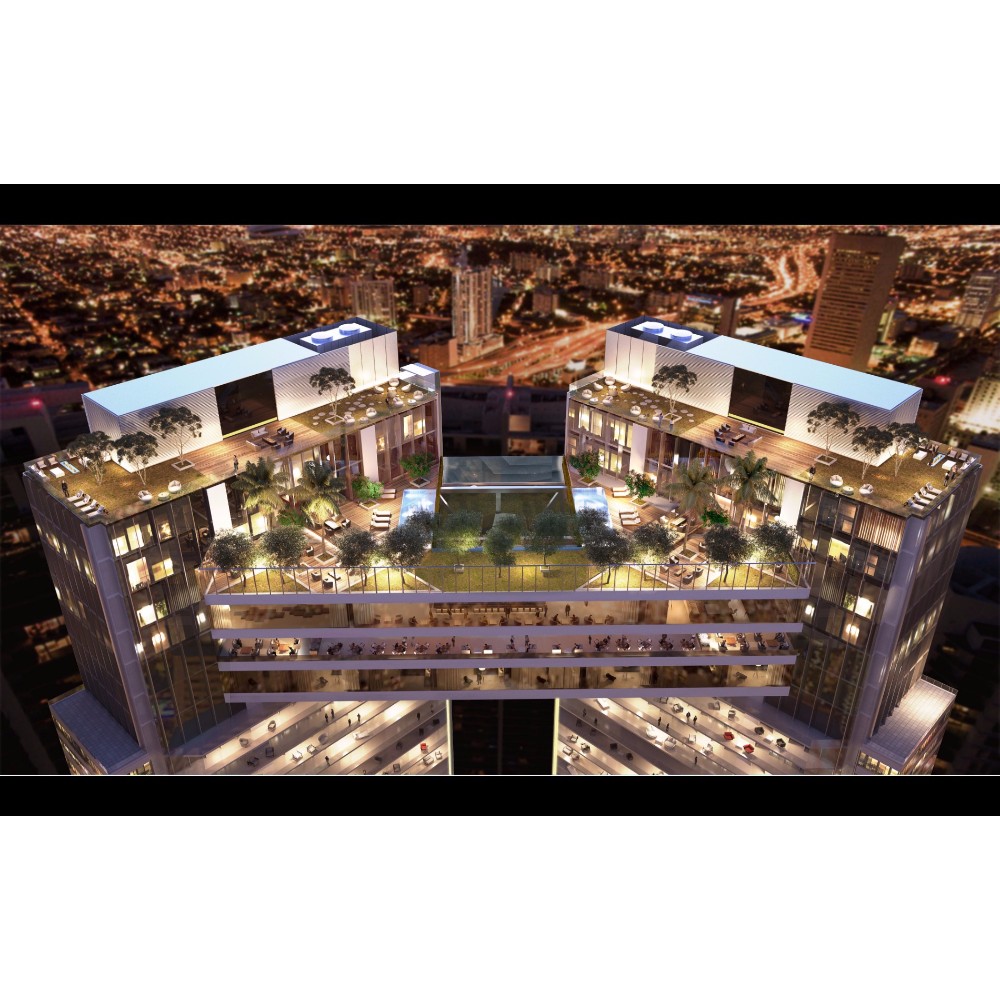 Haute Residence interviewed Karmely about the original vision and ultimate finish of this extraordinary project.

Haute Residence: Your company purchased this Miami River waterfront parcel for $27 million. What did you see in the parcel that others didn’t see, and how did you envision this project in the beginning? Was it an immediate idea, or were you looking for a parcel like that for awhile?

Shahab Karmely: What immediately drew me to this parcel was its position on the river. I’ve always been a proponent of cities with rivers, which allow you to combine urban living with skyline views, with the beauty of water. Its unique position on the river is the only site that forms unobstructed views to the bay and the ocean. 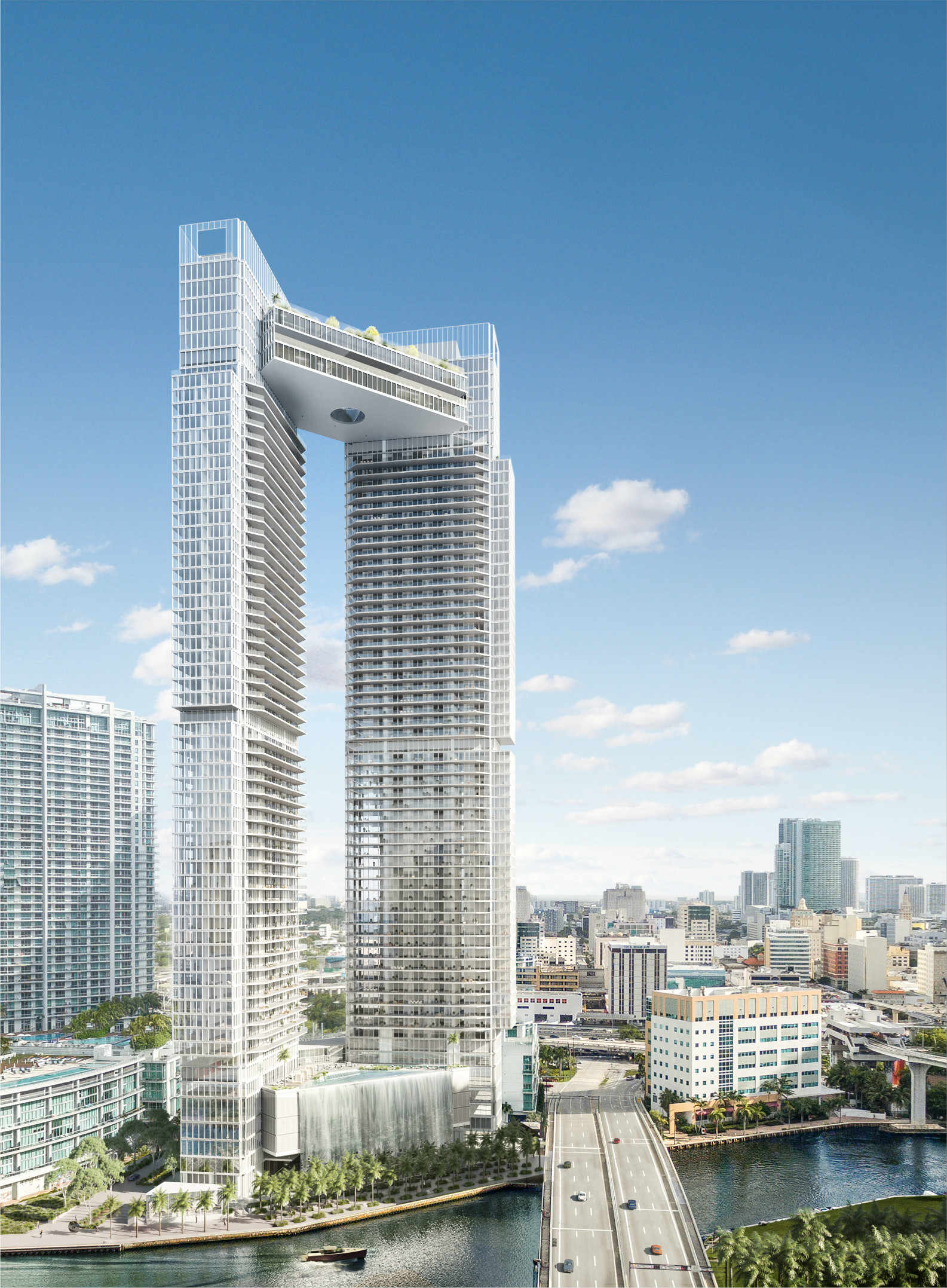 One River Point on the Miami River

Also, its prime location directly across from Brickell City Center, which has been transformative in making the "new" Miami, was a great advantage. We were fortunate to be able to purchase the other two parcelsm allowing us to create a private gated park, which is the only spot in urban Miami giving you a curated garden experience in a secured environment.

From the very beginning, we wanted our initial project in Miami to be a legacy address. To enter the Miami market, we insisted on having a site and setting unique enough for an equally unique building. We came to Miami with a narrow focus: we knew that we wanted to be on the river and within walking distance to Brickell. We were lucky this piece was available, and we transacted on it immediately.

HR: A certain developer we interviewed said that in order to have a great luxury development, you have to be both a visionary and an operationalizer. Do you agree with this? If so, do you have be of two minds most of the time? 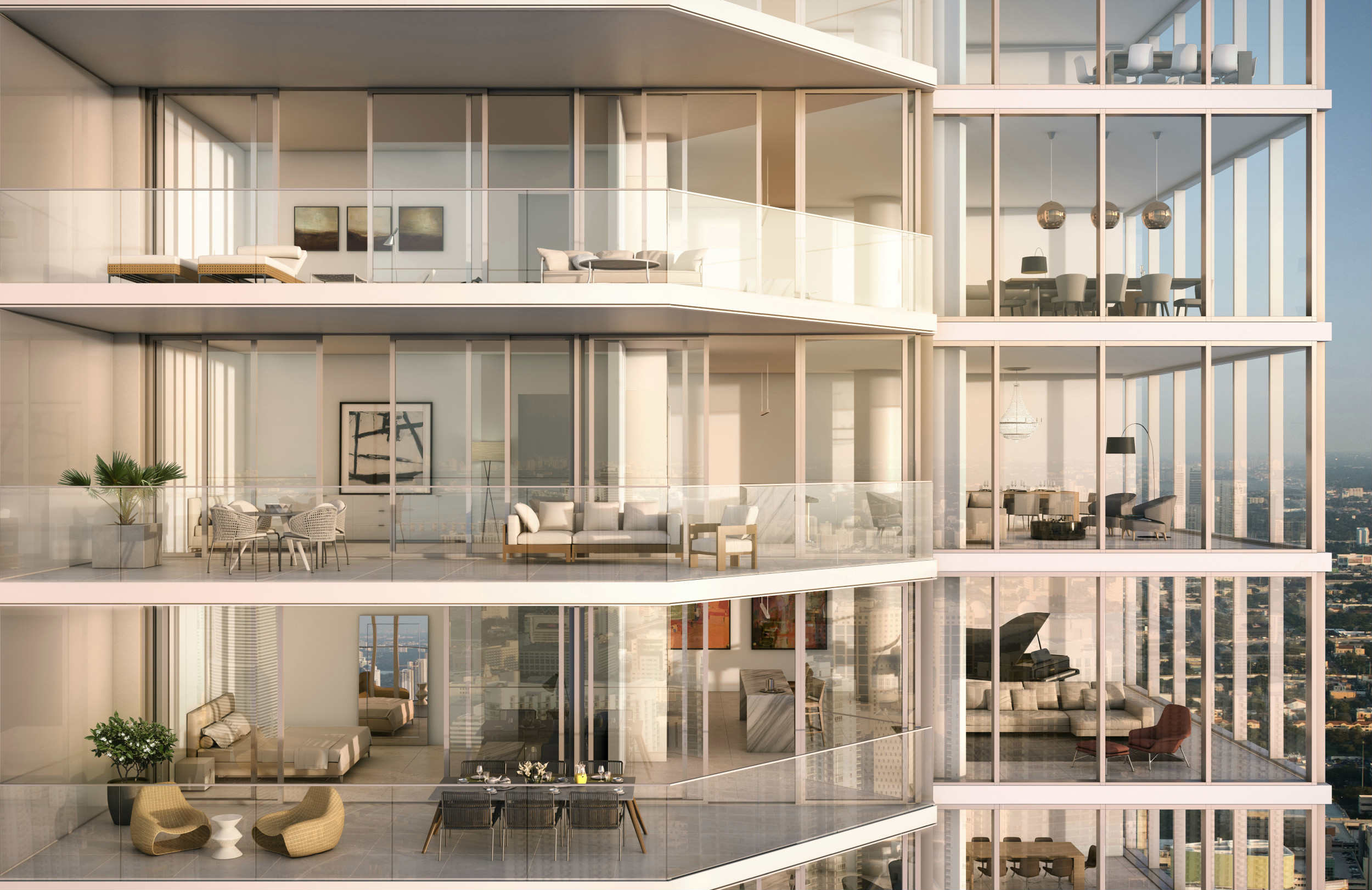 SK: I absolutely agree the art of development is having to be a visionary and operationalizer. Luxury is a combination of various elements that come together to make the whole greater than the sum. Development is very much a coming together of vision and aspiration with practical know-how and specific skill sets. To turn a dream into reality you need to be able to soar, but you also need to be able to walk through the mud when necessary. 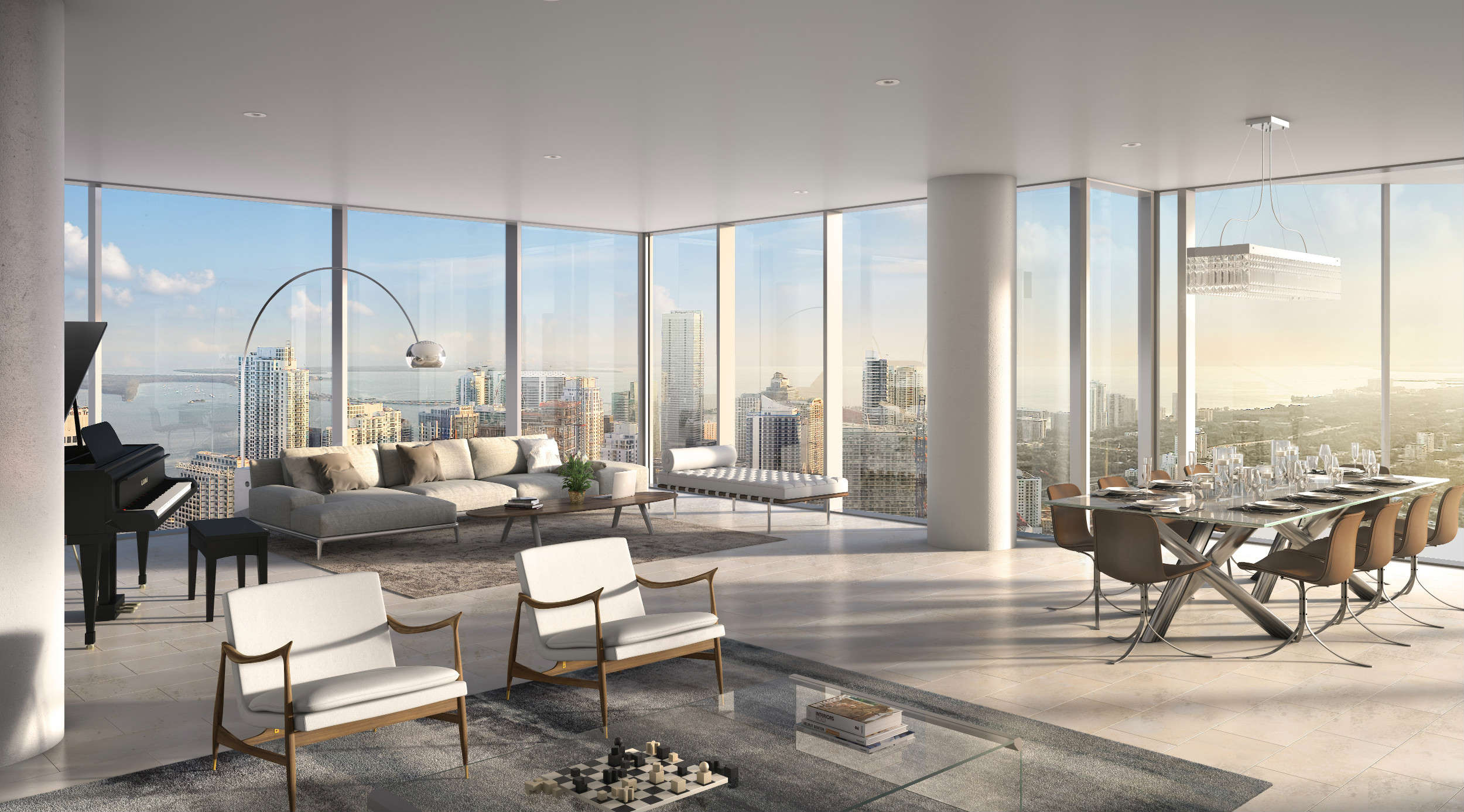 HR: From a philosophical perspective, and in hiring Rafael Vinoly, how do you define his views of architecture as performance, especially as regards One River Point?

SK: When you set out to create something exemplary you should have courage of your convictions, but also the clarity of thinking to realize that great results are often the outcome of collaborative interactions. Rafael’s genius lies in his unique ability to see form, shape, and design in unique ways that are not obvious to others. He understands that architecture has to perform for those who occupy it and for those who simply gaze upon it. 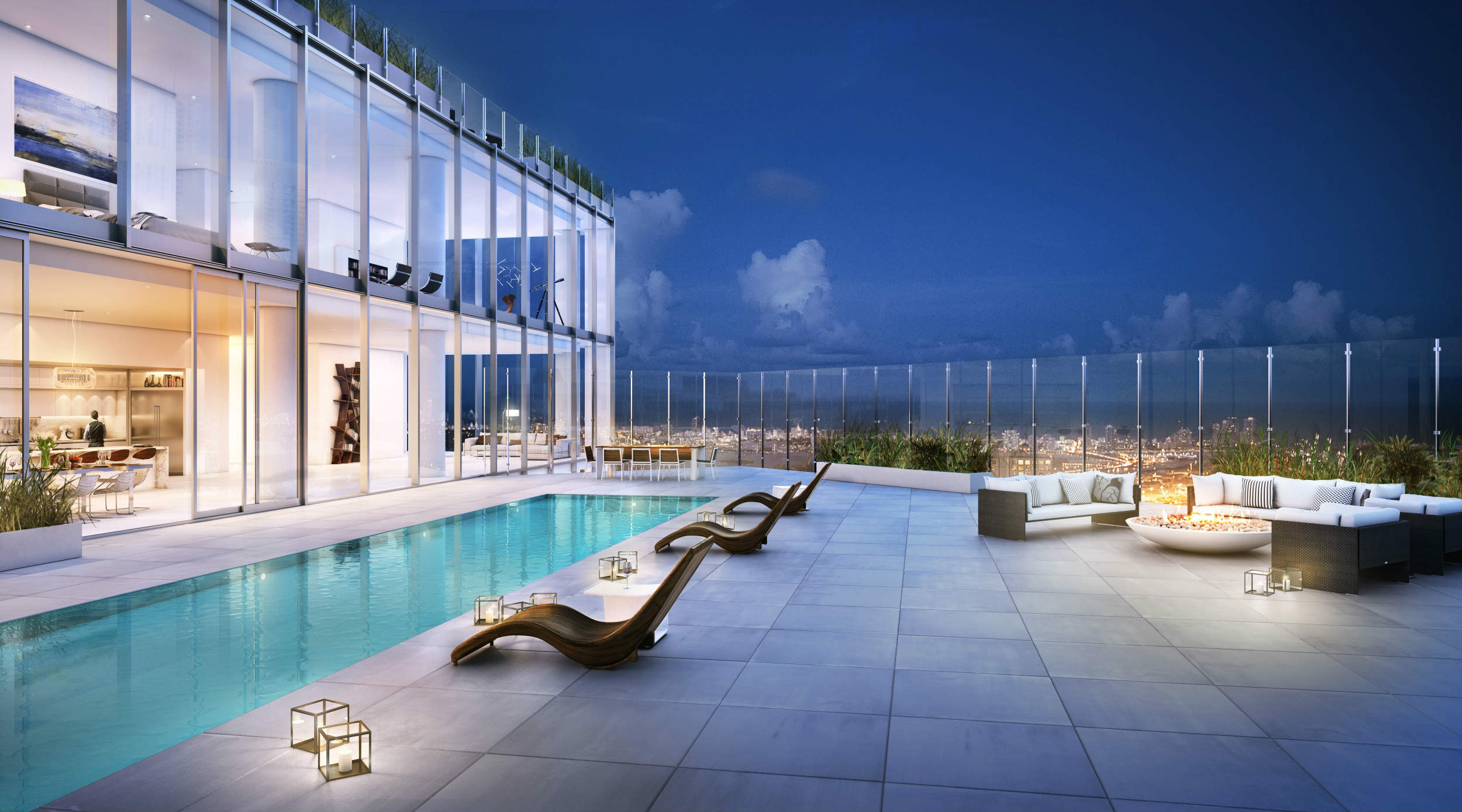 HR: We would most appreciate some possible dates and numbers: When is One River Point scheduled to be completed? How many residences have sold so far? What are the price points, from the smallest residence to the Sky Villas?

SK: We don’t disclose sales figures, but prices range from $870,000 to more than $30 million for a Sky Villa. The completion date is anticipated for the first quarter, 2022. 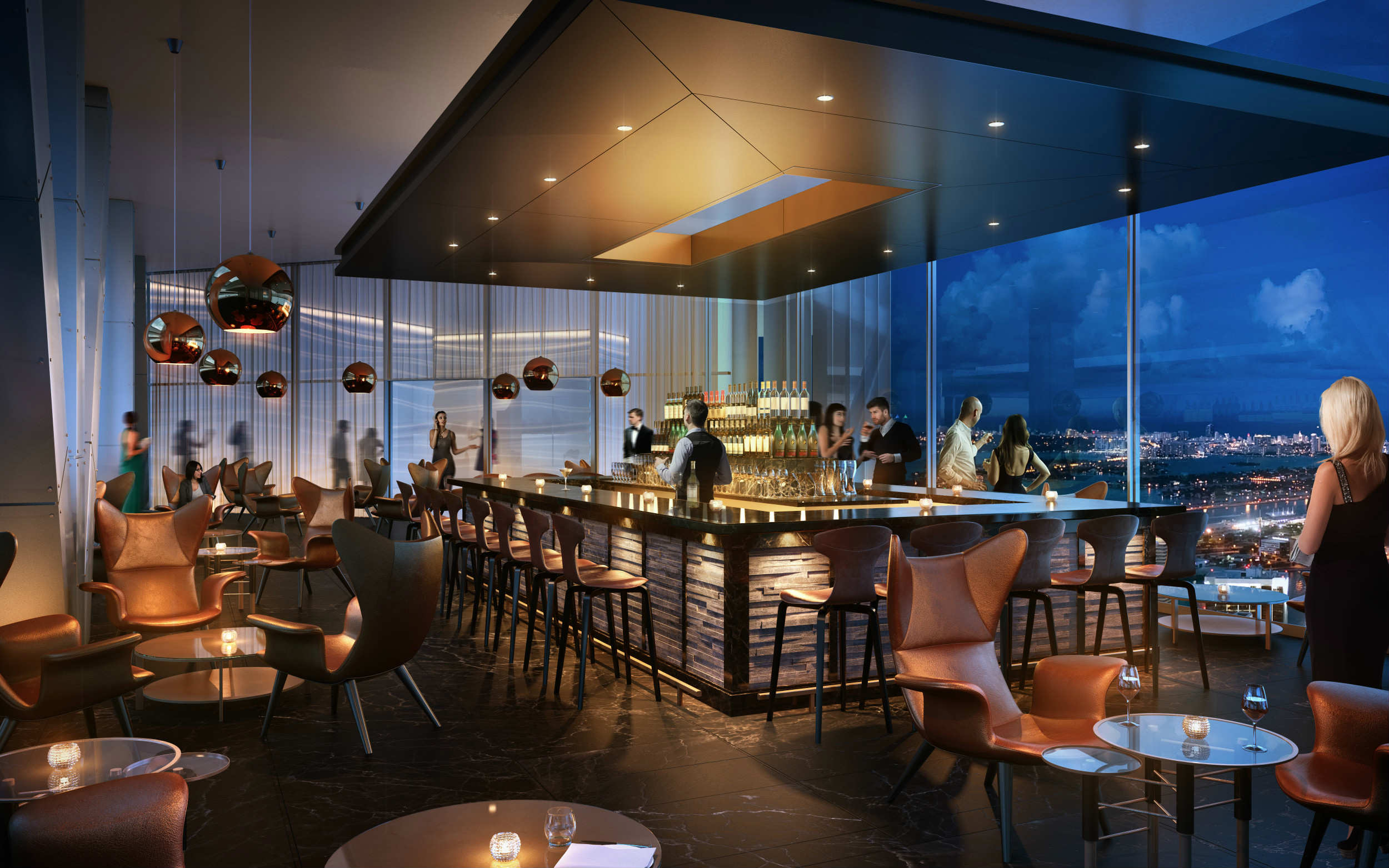 HR: What is your favorite dimension of One River Place––the one aspect you would like to duplicate everywhere else?

SK: Of the many unique elements and perhaps the most striking features for me are the Sky Bridge, which houses the Sky Club, the glass oculus, and the loft residences. The ability to be suspended 780 feet in the air gazing out through 14-foot walls of glass, taking in those views across to the ocean, while surrounded by the details of the creative genius of Adrian Zecha, our Sky Club curator, is unparalleled. 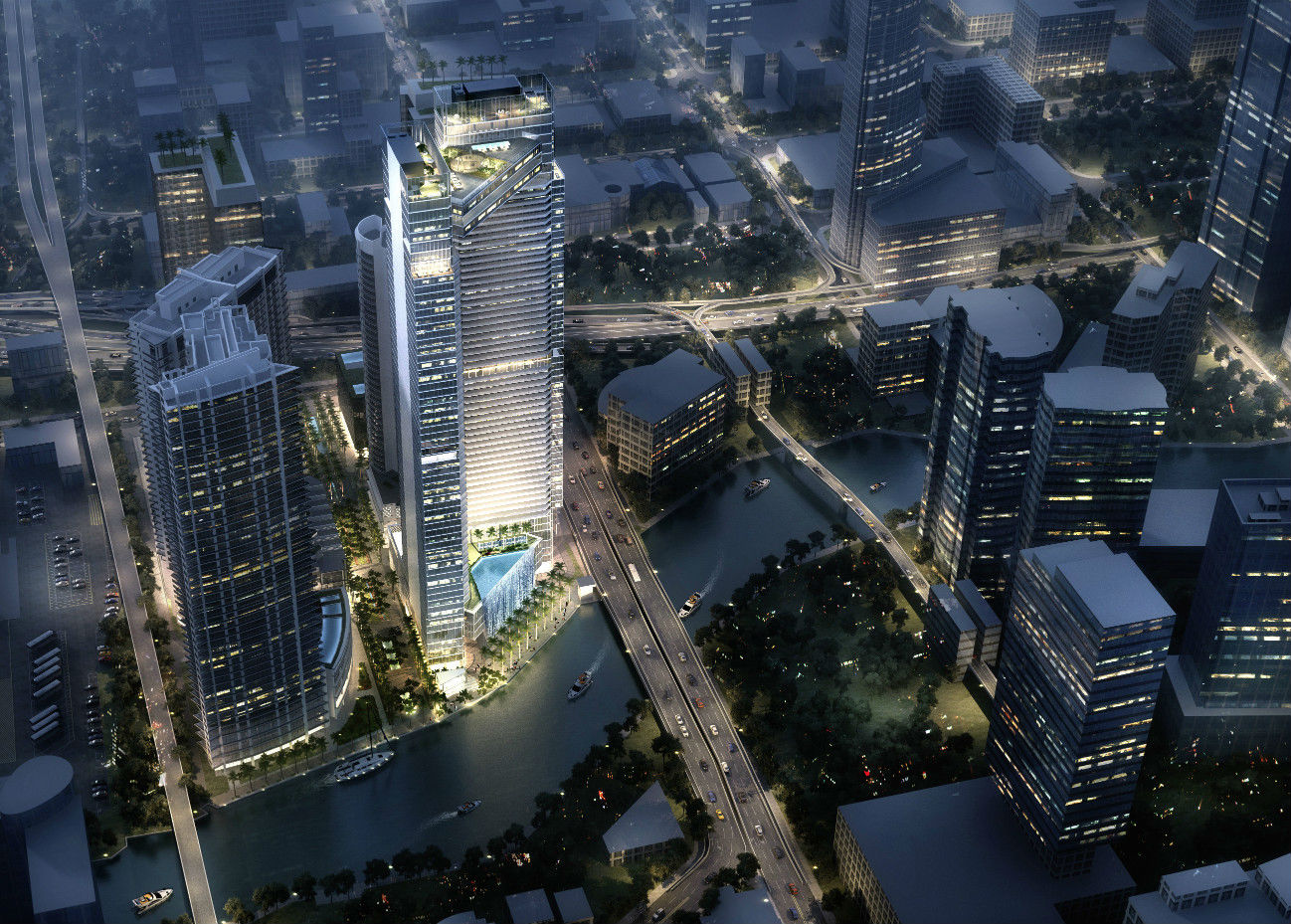 Aerial View of One River Point

I want to emphasize that we go to great length and expense, in all of our projects to showcase and demonstrate with great specificity, exactly what the end-product, what our buyers, will call home, actually looks like and feels like. Whether it be choice of materials, or luxury brand partners or amenity operators, we pride ourselves on being specific, exact, and second to none.

Images courtesy of One River Point

Aug 08, 2017 / Comments Off on Cassina, Crafting 90 Years of Contemporary Classics

Aug 01, 2017 / Comments Off on A Glimpse Inside Mr. C’s Sophisticated, Minimalist Residences

Jun 19, 2017 / Comments Off on Interior Designer Tamara Magel Talks about her Craft, Projects, Challenges and Rewards