Cary Tamarkin: An Architect for His own Developments 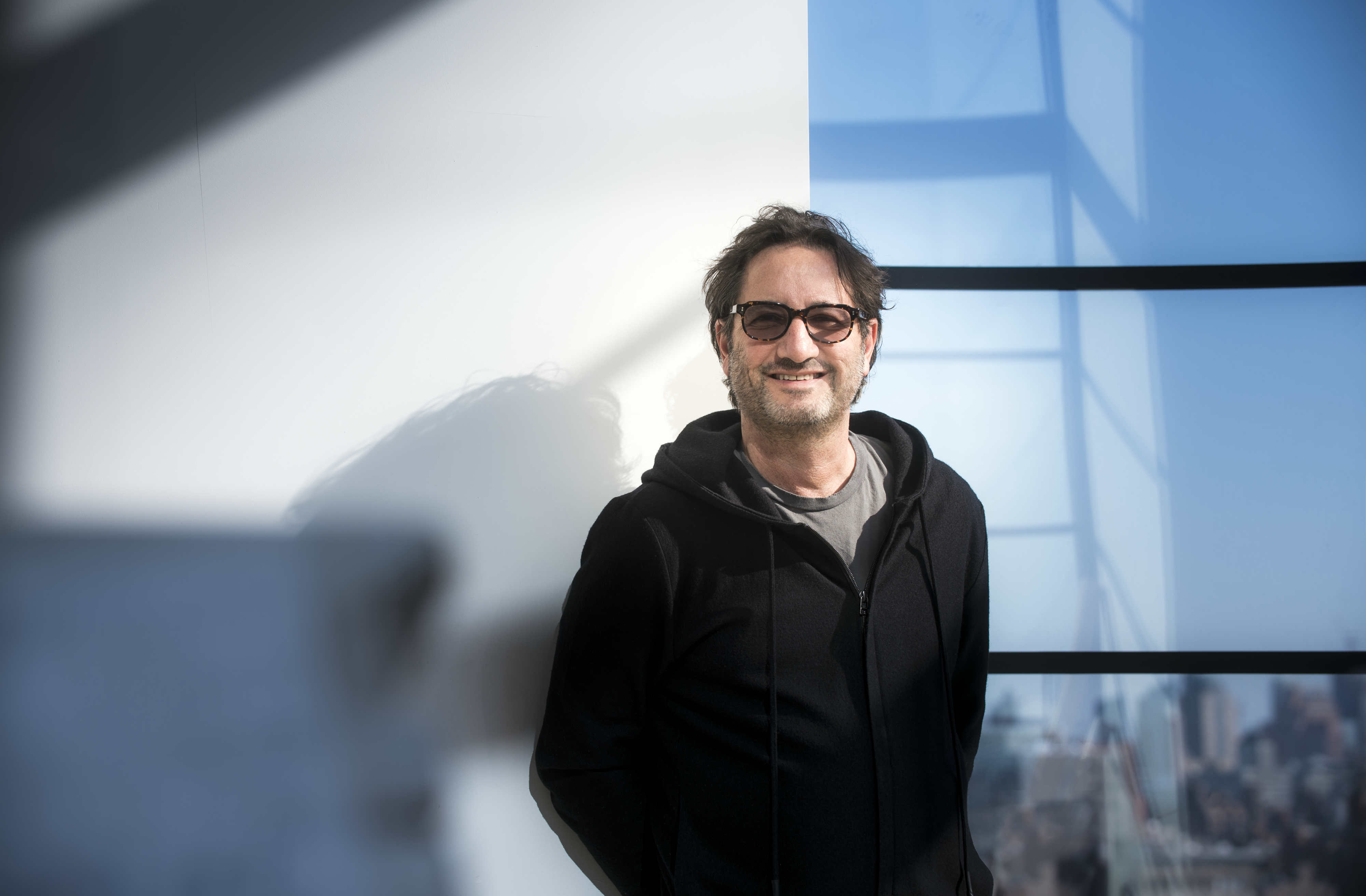 He’ll likely introduce himself as an architect first, then follow with “and a real estate developer.” Cary Tamarkin is an architect for his own developments.

The two professions can be perceived in contrasting lights, he explains. “Real estate developers are food-spitting, greedy assholes, and architects are playing with crayons all day and making things as beautiful as possible,” he says.

At 12 years old, Tamarkin decided he wanted to be an architect. Before that, he wanted to be a painter, until he realized how difficult it would be to make money in that profession. “Being an architect, even though I had really no idea what that was, seemed like you could be both creative and potentially make money,” he says. “Lord knows why making money was important to me at age 12.”

He took architecture classes in high school, and then graduated from the Harvard Graduate School of Design, going on to start a firm with his partner in Boston. But as a Long Island native, New York City was always his eventual destination. He jokes that when they raised the subway fares in Boston, he didn’t mind because he felt it was preparing him for New York. In 1991 at 34 years old, Tamarkin moved back to the big city.

Living in one of the most expensive cities in the world, notably in real estate, was when he realized, “I was not willing to be a starving artist.”

He wasn’t willing to give up his passion for architecture altogether, either. Tamarkin’s transition into real estate development was swayed by more than New York City’s pricey lifestyle.

In 1994, Tamarkin Architecture PC and Tamarkin Co. were founded, beginning his successful―and contradictory―career as both an architect and developer.

“People don’t know what to do with me, because I’m an architect for my own developments. It’s completely conflicting,” he says. Respecting the cohesiveness of the brand, Tamarkin won’t allow anyone but his own team of talented architects design his residential developments. And very rarely, under special circumstances, will he design another developer’s project. 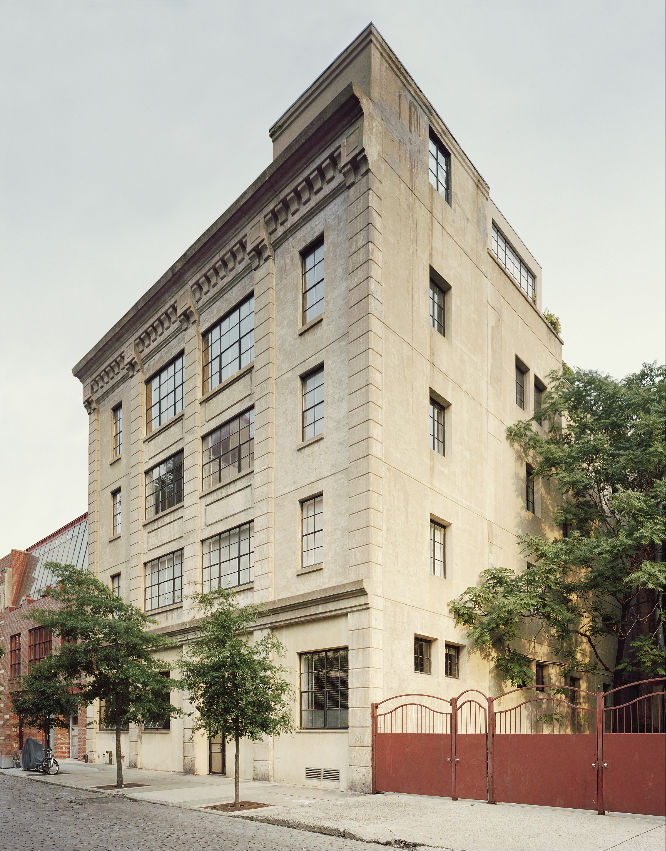 Tamarkin Co.’s first investment, purchased for $1.6 million in 1995, was Greenwich Village’s 140 Perry Street––formerly a warehouse and before that, a livery stable built in 1920―which was converted into a five-story, 25,000-square-foot condominium with eight raw space residences, each ranging from 2,000 to 4,000 square feet. Tamarkin earned approximately $1 million from the project.“

Keeping with Tamarkin’s respect for classic modern architecture and materials, the structure was restored with minimal changes to the exterior, honoring its original design. Every building that he designs is intended to be an enduring edifice through time. 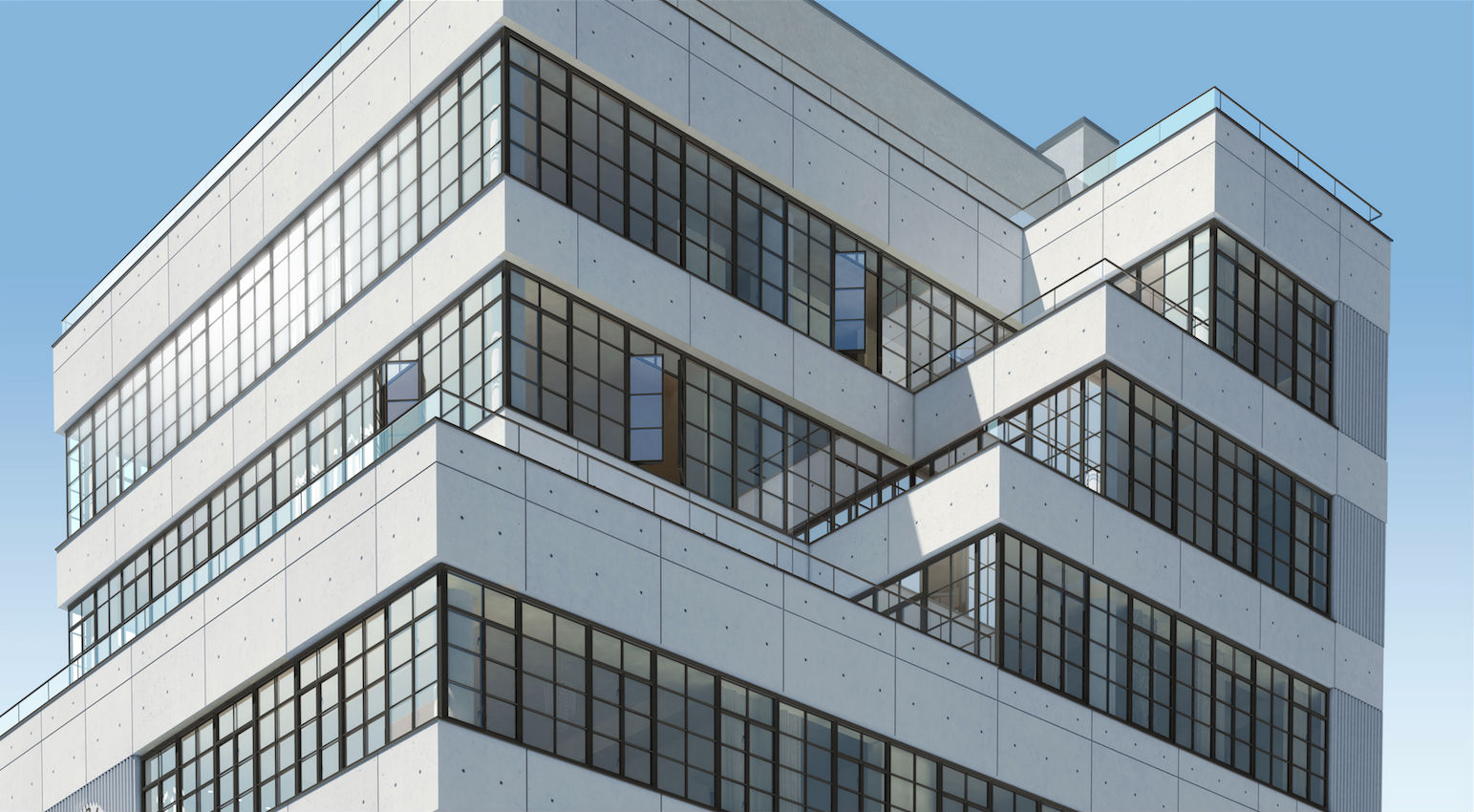 Industrial-style steel windows and Roman bricks are defining details that are consistently incorporated into his architecture, which he describes as “muscular” and mimics forward-thinking, yet timeless elegance. With 508 W. 24th Street, a 10-story, 56,000-square-foot condominium, the masculine composition of the building, constructed in concrete with a simplistic clock―which faces the High Line and was designed as an architectural gesture to give back to the neighborhood―built into the exterior, is balanced with oversized ribbon windows offering an envious view of the High Line from every apartment, conveying a look of refinement in the complex.

Tamarkin is insistent on not being profiled as a stereotypical “asshole” developer, “[squeezing] every drop of blood out of every project,” he says. “We have a reputation for being developers that care a lot about what we do.”

“On this shoulder is a devil developer wanting to save money on everything,” he says. “On this shoulder is an architect wanting to do beautiful stuff and spend money. So, they just fight with each other and give me a headache.” In proposing the architectural design of a building, there are questions to consider: “Do you build the most vanilla thing possible so you’re not tilting it toward one group or another? Do you build what you like? Do you build what you’re anticipating the people will like?” The result is a combination of all of the above, he explains. 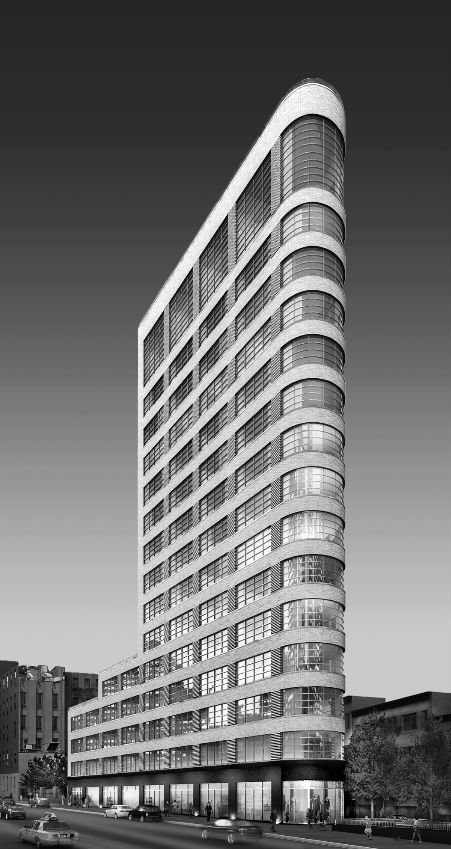 At 10 Sullivan Street, a 16-story residential tower―designed by Tamarkin Architecture for developer Madison Equities & PMG―stands out for its triangular framework with rounded corners of curved glass and brick―a striking structure upon entering SoHo that is unlike others in the neighborhood. Tamarkin Architecture PC is recognized for its expanding portfolio of dynamic, classically modern residential complexes throughout Manhattan, as well as occasional homes outside of the city, that each bestow an individualized impression on the urban aesthetic of the city. Outside of New York City on Long Island, Tamarkin’s own home, a seaside, Japanese-inspired wooden house, slightly elevated above the dunes of Shelter Island, is constructed entirely of old-growth cypress wood with concrete flooring and is enclosed by his signature industrial-steel windows. Dividing the middle of the 2,800-square-foot home, a covered breezeway separating the sleeping and living areas creates a seamless indoor- outdoor setting. “I don’t want to be a hundred-person firm,” Tamarkin says. “I don’t need to design the tallest skyscraper in the city. I just want to do beautiful work all the time.” 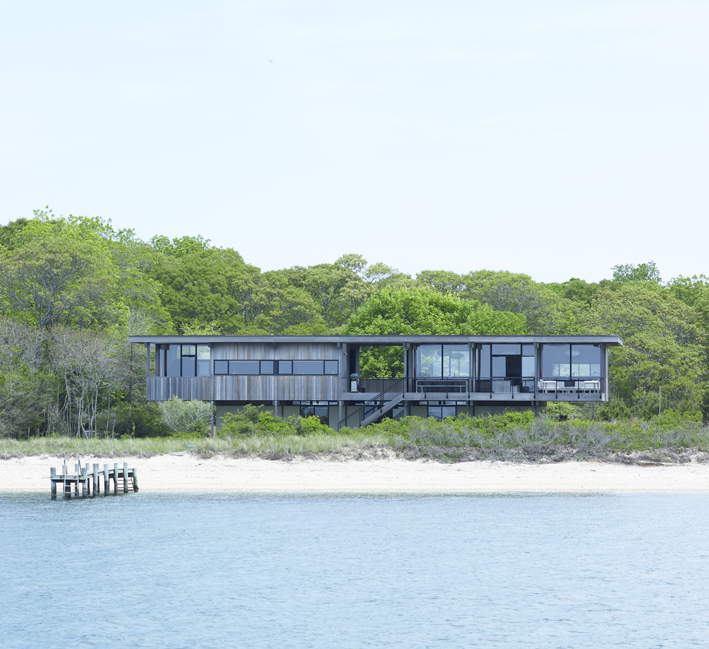 The architecture firm’s newest project is the conversion of a six-story Catholic school―formerly St. Agnes Boys High School―built in 1919 of limestone and brick and featuring tall windows and 14-foot ceilings on every floor―into a high-end apartment complex. Tamarkin Co. bought the building, located at 555 West End on the corner of 87th Street, from the Archdiocese of New York for $50 million, proposing a plan―which was accepted by the New York City Landmarks Preservation Commission―to add a rooftop penthouse measuring nine feet, six inches, while preserving the original fabric of the building. 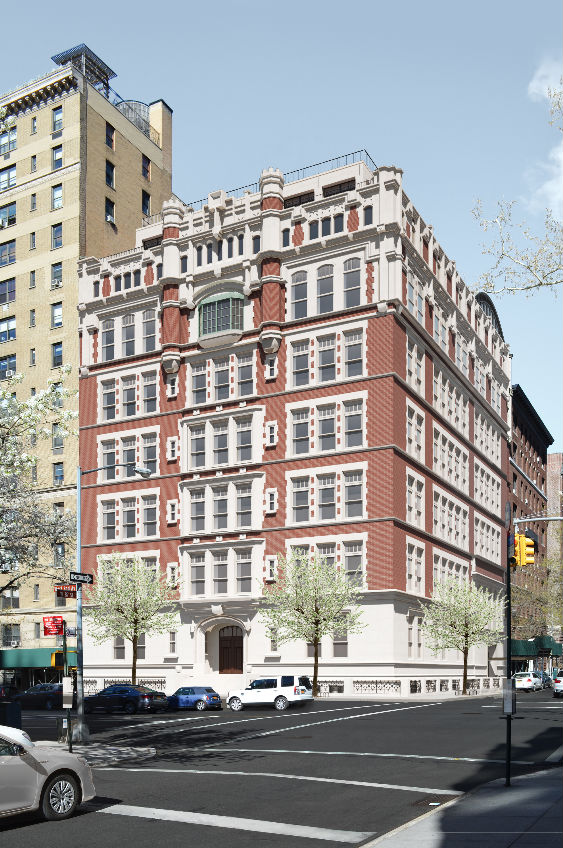 In school, students studying architecture are warned about not making much money as an architect. But Tamarkin has proven through a rewarding career as both an architect and a developer that by blending business and design, it’s possible to accrue millions of dollars, while still designing beautiful architecture. Unfortunately, he says, professors don’t tell you that. “I’m the architect for my own projects, in which I have financial interest. Nobody does that.”

This story is featured in the Summer 2016/Fall 2016 issue of Haute Residence magazine. Click here to flip through the digital magazine.