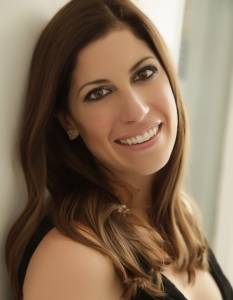 In truth, her path to becoming one started with her working in a completely unrelated sector—international affairs. “My first job out of college was working for the Italian government at the Italian Trade Commission in New York City,” she reveals. “For a long time I aspired to be a diplomat. I only discovered my creative side much later.”

Indeed the Boston native has worn many hats along the way—from pursuing her interest in fashion as Bloomingdale’s women’s couture department head, to spending nearly six years at Puma International as a trend scouter based out of both the U.S. and Germany. It was a particular "cap," however—one handed to her by an international headhunter working for Liberty, a fabric firm based in London—that ultimately piqued her passion for interior design.

“After I was hired to re-launch Liberty of London’s furnishing fabrics collection, I became entrenched in the interior design world,” Foster relays. In fact, she became so enthralled by the artistic realm, that she opted to enroll in London’s KLC School of Design at Chelsea Harbour. It was there that she decided to pursue an extremely narrow (and not-so-common) focus: luxury pillow making. “The more I spoke to designers, the more I became aware that the hardest part of their job is oftentimes finding pillows for a project,” she explains.

Now a full-time Londoner, Foster successfully launched her own line of vibrant silk cushions just last year. Retailing for $295 apiece, the posh pillows—which are artfully crafted in Milan—are each inspired by a different city the avid traveler has ventured to in the past. “Some of the most inspiring destinations [include] the Amalfi Coast in Italy, St. Barth’s, Marrakech, Paris, Cyprus, Rome, London, Hong Kong, and Tokyo,” the designer says. And the list goes on and on. “I’ve honestly lost track of how many cities I have been to—I wouldn’t even know how to begin to count them!” 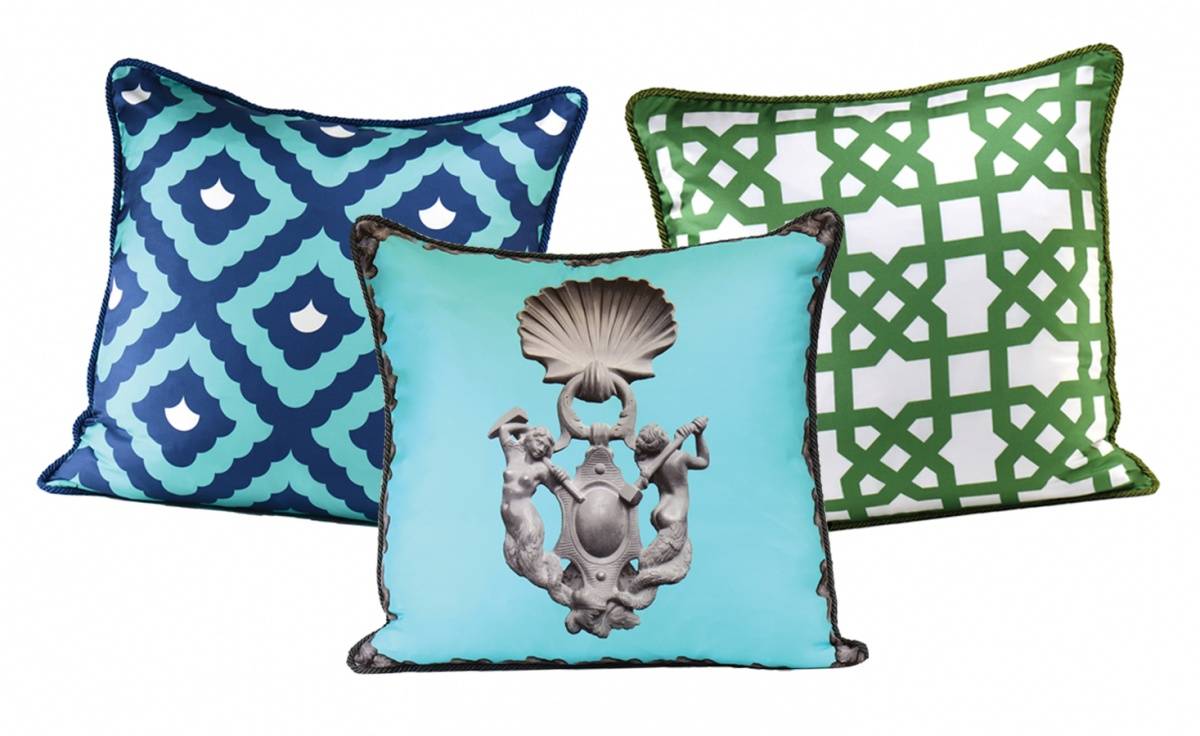 Given that statement, it’s not hard to imagine how Foster’s plethora of experiences traveling abroad—coupled with her deep admiration for nature—serves as her chief source of inspiration. “Travel changes you fundamentally and to the core, while opening your eyes to possibilities you never knew existed,” she asserts. “And nature is perfect in every way, from the stunning creatures of the sea, to the symmetry, form, and colors of flowers.”

According to Foster, luxury, quality, and style are paramount to her brand. “I chose [to craft my pillows out of] silk because it is a luxurious fabric with a beautiful hand feel, and the way it takes color is just breathtaking,” she enthuses. “Colors really do come to life on silk, more so than any other fabric with which I experimented.”

Foster's silk is printed in panels at one of the most prominent mills in Milan, where many of the world’s greatest fashion houses also manufacture their fabrics. It is then taken down the road to a small atelier, where the rest of the cushion’s luxe trimmings—including its cotton lining, zipper, care labels, and hand-braided trim from Bologna—are all sewn on by hand. “In such a fast-paced technological- and machine-driven age, it is nice to know that master seamstresses in an atelier in Lake Como are meticulously hand-making each of my pillows as if it were a work of art,” Foster muses. 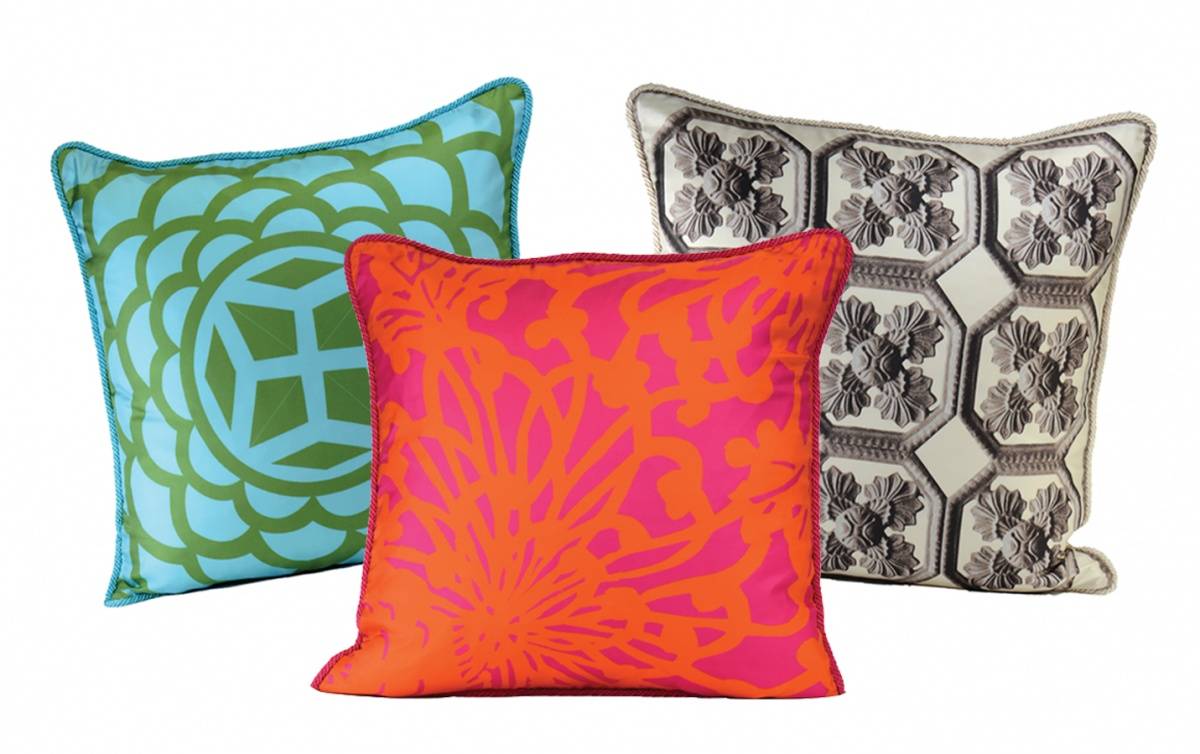 And each one tells a story. The Marrakech design, she divulges, was inspired by a handmade table with an intricate Mother of Pearl inlay design she saw on a recent trip to Morocco. “The ‘Paris’ pillow is actually a photograph I took of a beautiful wrought iron gate in St. Germain on the Left Bank of the Seine,” she adds. “Similarly, the “Roma” cushion features a picture I took of a doorknocker across from the Parliament building in the Italian capital.”

When asked which of her sumptuous cushion designs embodies her the most, the entrepreneurial belle described the “Sorrento," a pillow featuring an octopus (her brand’s logo), hand-painted by an acclaimed artist from the Amalfi Coast. 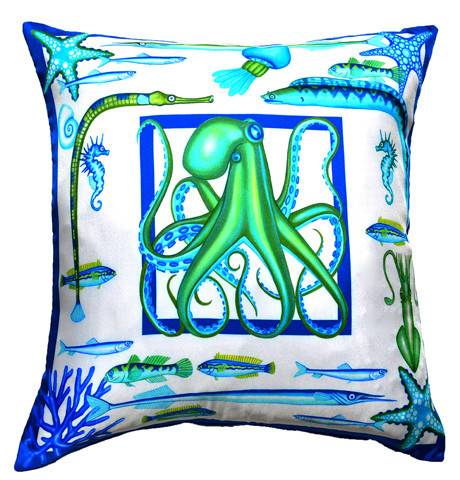 “The [painter] comes from the same region of Italy that my great-grandparents emigrated from back in the early 1900s, so the area holds special significance for me,” she says. “[The piece] also speaks to my love of the sea… and for turquoise, my favorite color.”

The meaning behind her label’s charming logo is also steeped in her adoration for the ocean. “I have always been in love with the sea and marine life; everything from coral to seashells, to crashing waves and turquoise waters. While the actual symbolism of the octopus is vast and varied, I chose it because it is a totem of protection and good luck,” she reveals.

In the fall, Foster plans on traveling to the Middle East to visit BLAQ Concept, a store in Kuwait that sells her decadent cushions, then stopping by a few of its neighbors, including Qatar and Saudi Arabia. “I would love to do a collection based on beautiful Arabic calligraphy,” she confesses.

If the cushion queen had her way, everyone would be surrounded by beauty on a daily basis. “It is my dream to dress the most glamorous interiors in the world with my creations,” Foster says. And with her opulent line, she’s doing just that, one fine pillow at a time.

But she’s not stopping there. “I certainly plan on expanding my collection and am juggling a few ideas right now,” she divulges. “I would love to do silk scarves that you can wear or frame as art in your home… I am also considering [creating] beautiful silk caftans to be worn at the beach, or maybe even starting a line of blankets and throws.”